CDOT crews complete I-70 bridge replacement ahead of schedule 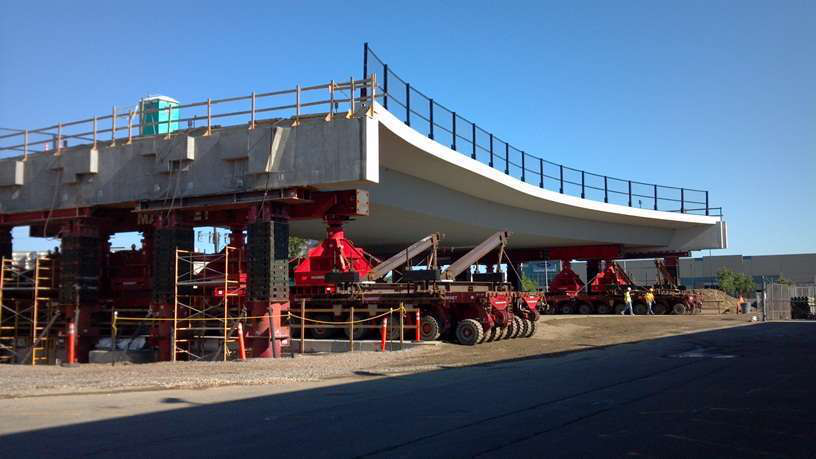 CDOT announced the section of road, located between Interstate 25 and Federal Boulevard, opened approximately 4.5 hours ahead of schedule.

More than 1,000 visited the viewing area over the weekend to watch more than 100 crew members work Friday through Sunday to demolish the old Pecos Street bridge and install the new, 2,400-ton pre-cast bridge.

(Check out the video to the right to see a 60-second time lapse of the weekend-long bridge replacement.)

“Our decision to completely close I-70 for one full weekend reduced what could have been an additional eight months of lane closures,” Hunter-Maurer said. “By constructing the bridge on the side of the highway over the past several months and rolling the bridge into place over a weekend, we were able to substantially minimize the overall impact to the traveling public and greatly reduce the duration of the entire project.”

The bridge replacement is part of an $18.6 million project funded by the Colorado Bridge Enterprise, which uses vehicle registration fees to repair or replace poor bridges. The project, scheduled for completion in September, includes the replacement of existing signalized intersections on Pecos Street with two roundabouts in addition to the Pecos Street bridge replacement.

For more information about the project, visit coloradodot.info/projects/pecosoveri70.