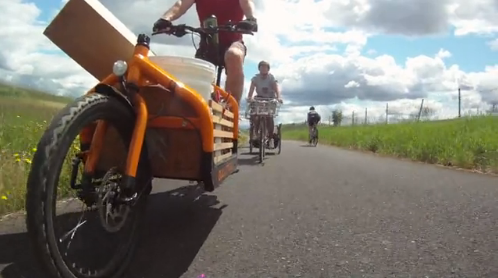 Seattle, Washington, next month will test bikes as a means of disaster relief, Road.cc reported.

The city will hold Disaster Relief Trials (DRT) to gauge the cities preparedness for natural disasters such as earthquakes. Bicycles are a major part of the city’s DRT.

Bicycles have been used for disaster relief in other cities. After Hurricane Sandy, for example, Giant Bicycle and Transportation Alternatives donated bikes to New York medical staff, who were then able to maneuver through areas that vehicles could not.

This is not the first year Seattle has used bikes in its DRT. Last year, the city’s DRT featured cargo bikes and bikes towing trailers, both of which would be used to transport essential supplies in case of road closures.

Check out the video below to see the bikes carrying supplies at Seattle’s 2012 DRT.