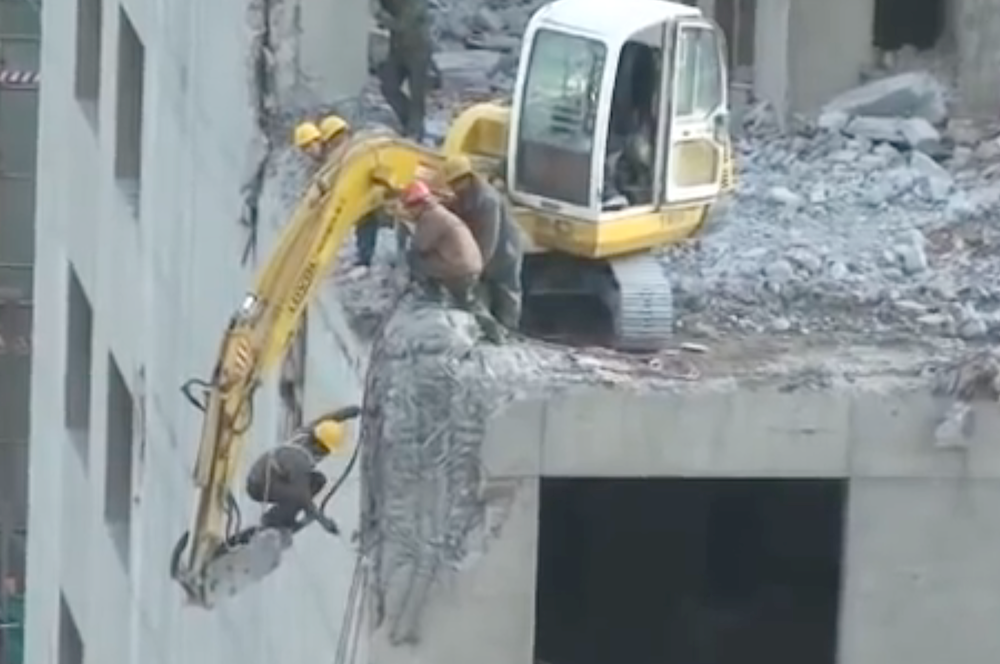 This is probably one of the craziest and most dangerous demolition videos we’ve come across yet. According to the YouTube uploader, this all took place in 2008 just outside his living room window in Beijing, China.

A crew is demolishing a building in the heart of the city when a column doesn’t quite fall the way it’s supposed to. The column is hanging onto the side of the building by a thread and to cut it loose, one of the workers actually hops on top of an excavator hammer which the dangles him over the side of the building to the column—all at what looks to be a height of 100 feet or more. To his credit, at least it looks like he was tethered to the machine in some way?

Most dangerous thing you’ve seen? Or have you seen crazier? Let us know in the comments.

This post was written by Wayne Grayson, Online Managing Editor of Equipment World.