Watching this video of Caterpillar’s B15 smartphone put through tests – such as a 35-foot drop – made me feel like I was watching me put my iPhone through daily “tests.”

Between my two kids handling my phone and my own, uh, “agility,” I managed to crack the screen on my phone not once but twice last month. I managed to break my phone even with a special screen protector on it when the phone landed face down on the concrete sidewalk. I somehow also managed to drop my phone in water. Thank goodness for the screen repair shops that are able to fix phones. Although still pricey, it’s still a heck of a lot better than the full cost of a repair at the Apple store.

The video opens with a Cat MH3049 Material Handler holding a single B15 in its grapple and hoisting the phone about 35-feet above ground level. The operator then releases the heavy equipment’s grip on the phone, which plummets in a free fall into a pool of deep water. After rescuing the submerged phone from the water, the operator takes the phone –  which still works even after its profound dousing –  and places it on the ground within a group of 599 more B15s, making 600 total.

The true test shouldn’t be whether the phone will survive everything shown in the video but whether the phone would be able to survive me handling it for a week! (My husband likes to joke – at least he says he is joking — that when something is claimed to be unbreakable, the true determiner is whether it is “Tina proof.”)

Interesting facts from Caterpillar on the making of the “Gravity” video:

Check out the included video to watch the MH3049 handler put the B15 phones to the test. 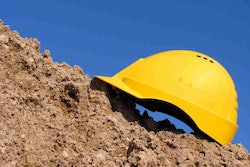 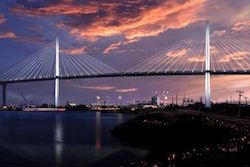 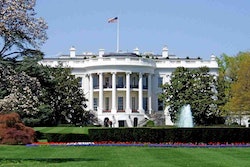 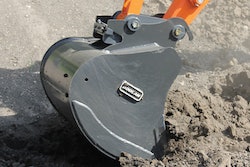