Thanks to the new $1.2 trillion infrastructure law, 15,000 bridges around the country will be funded for repair or replacement, according to the U.S. Department of Transportation.

USDOT calls the $26.5 billion in funding over the next five years the “single largest dedicated bridge investment since the construction of the interstate highway system.”

The Federal Highway Administration is in charge of administering the newly created Bridge Formula Program.

“This record amount of funding, made possible by the Bipartisan Infrastructure Law, will allow states and Tribal governments to fix the bridges most in need of repair,” says Deputy Federal Highway Administrator Stephanie Pollack. “It will also modernize bridges to withstand the effects of climate change and to make them safer for all users, including cyclists and pedestrians.”

The USDOT estimates 15,000 highway bridges will be repaired, thanks to the funding. The funding can also be used by states to replace, rehabilitate, preserve, protect and construct highway bridges. Tribal areas will also receive $165 million for bridges not on the federal highway system.

The funding requires a 20 percent match from the states; however, locally owned bridges can get up to 100 percent federal money under the program for repairs or rehabilitation. Called "off-system bridges," they are highway bridges located on a public road, other than a bridge on a federal-aid highway.

The first round of funding for the program totals $5.3 billion for the current fiscal year.

The USDOT released the following chart showing the state breakdown of the funding for this fiscal year: 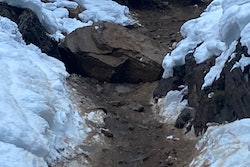 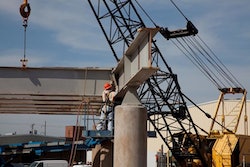 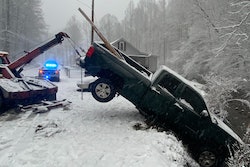