Mary the tunnel boring machine for the Hampton Roads Bridge Tunnel Expansion Project was built in Germany, disassembled and brought to Norfolk, Virginia, where it will be reassembled.
Virginia DOT

“Mary” the tunnel boring machine has arrived for Virginia’s largest ever infrastructure project.

The new tunnels will take more than two years to build and will be about 50 feet deeper than the existing tunnels. The $3.8 billion project will increase tunnel capacity and widen 10 miles of Interstate 64 between the cities of Hampton and Norfolk from four to eight lanes in places, according to the Virginia Department of Transportation.

It is one of the largest infrastructure projects in the country and is expected to be completed in 2025.

The interstate section is one of the state’s most congested, with traffic backing up as much as 6 miles during rush hour, VDOT says.

Mary is named after Mary Winston Jackson, an African-American mathematician and aerospace engineer at NASA from Hampton. The TBM was built in Germany and then disassembled to be shipped to Norfolk.

It will take about six months to reassemble the 170-piece TBM in a 65-foot-deep launching pit on South Island. When reassembled it will be 46 feet tall and more than 430 feet long. It will tunnel at 50 feet per day, not only digging but installing concrete panels along the way.

The TBM will start on the South Island and tunnel to the North Island. That should take about a year. Then the machine will be turned around, a four-month process, and dig back to the South Island for another year of tunneling.

The project is expected to create 28,000 jobs and generate $4.6 billion in economic impact, according to VDOT.

Check out this concept video of what the future HRBT will look like when completed:

And here’s one that shows a time-lapse of Mary’s construction in Germany:

Mary was built by Herrenknecht at a cost of $101 million, which included shipping.

The contractor on the HRBT Expansion is a joint venture with Dragados USA serving as the lead contractor and HDR and Mott MacDonald as lead designers. Other team members: Flatiron Constructors, Vinci Construction, and Dodin Campenon Bernard. 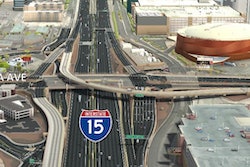 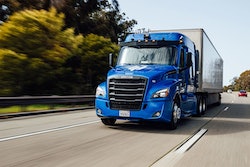 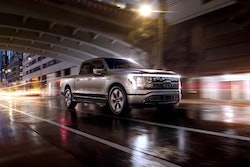