Interstate 80 is one of three coast-to-coast interstates in the United States and leads to and from the country's largest inland port in Will County, Illinois.
Illinois DOT

The rebuild of 16 miles of Interstate 80 in Will County is expected to take six years. The 50-year-old section is part of one of only three coast-to-coast interstates in the U.S. and sees 80,000 vehicles a day, with trucks making up one-fourth of that traffic, according to the Illinois Department of Transportation.

"With demand for freight projected to double in northeastern Illinois the next 20 years, Will County's role as a transportation hub and the country's largest inland port is critical," said Illinois Transportation Secretary Omer Osman.

Advance work on I-80 began in June with a $47 million project to replace several bridges in Joliet, Rockdale and New Lenox and widen a section of the interstate. This project will reconstruct the U.S. 30 interchange, adding a third I-80 lane in each direction west from Interstate 355. Ahead of the Thanksgiving holiday, a third lane on Interstate 80 was opened in both directions in New Lenox as part of this project.

To speed up the I-80 rebuild, IDOT plans for construction, land acquisition and final engineering on sections to occur simultaneously. A section from Ridge Road to the DuPage River will be under construction starting next year, while land acquisition progresses and final engineering is completed on replacing the Des Plaines River bridges, IDOT says. In 2023, work will shift to the section between Ridge Road and U.S. 30. Construction of the Des Plaines River bridges and Center Street and U.S. 52/Illinois 53 (Chicago Street) interchanges will take place in 2026 and 2027.

"These overdue improvements will not only make it safer for commercial drivers, but for the thousands of families who rely on I-80 to commute to work, drive their kids to school and move safely through their daily lives," said Governor JB Pritzker.

The I-80 project is being funded by Rebuild Illinois, the largest capital program in the state’s history. The $33.2 billion program was enacted in 2019, and the state’s gas tax was doubled to pay for it. The program focuses not only on roads and bridges but transit, waterways, freight and passenger rail, aviation, and biking and walking traffic, according to IDOT. 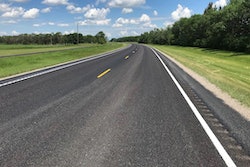 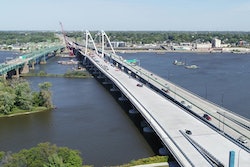 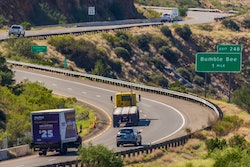