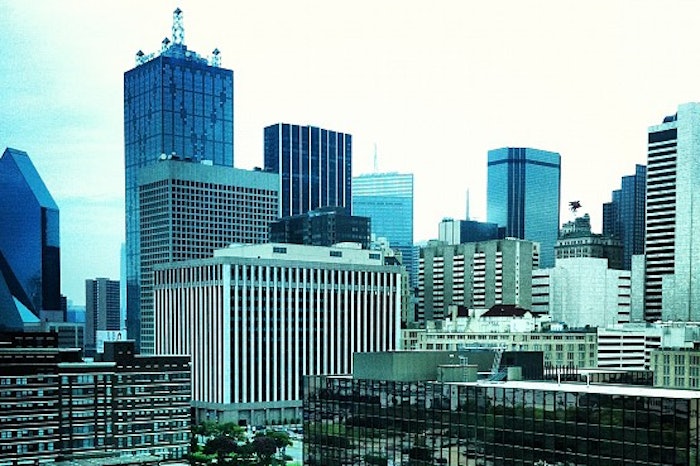 Downtown Dallas as seen from the Omni Hotel 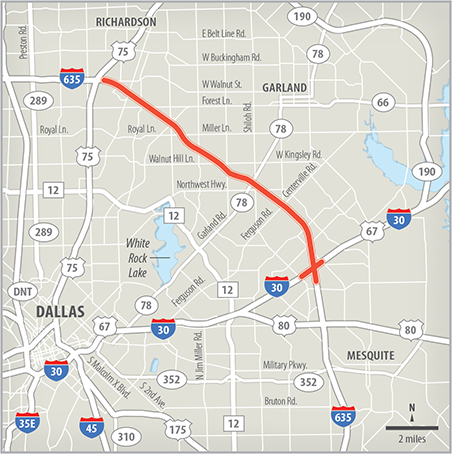 A map of the widening project for I-635 East/LBJ Freeway. Credit: TxDOT

Construction has begun on a $1.74 billion project to widen 11 miles of Interstate 635 East in Dallas County, Texas.

The 635 East Project will occur between U.S. 75 in North Texas and I-30 in Mesquite and is scheduled to end in 2024. This marks the second large highway project for the area this spring. Construction on the fourth phase of the$2 billion extension of the Dallas North Tollway began in March.

When completed, the 635 East Project will have added two general purpose lanes for a total of 10. The project will also include converting the freeway’s two HOV/toll lanes to TEXpress managed toll lanes, construction of two continuous frontage roads in each direction and interchange improvements, according to the Texas Department of Transportation. HOV/toll lanes on the freeway will be closed throughout the project’s construction.

TxDOT says the project is needed to handle the large increase in traffic the freeway has seen since it was built in 1969. It was designed to handle up to 180,000 vehicles but now sees average daily traffic of 230,000 vehicles. It is considered one of the state’s most congested highways.

Pegasus Link Constructors of Dallas – a joint venture of Fluor Corporation and Balfour Beatty was awarded the contract to oversee the project’s design, construction and maintenance.