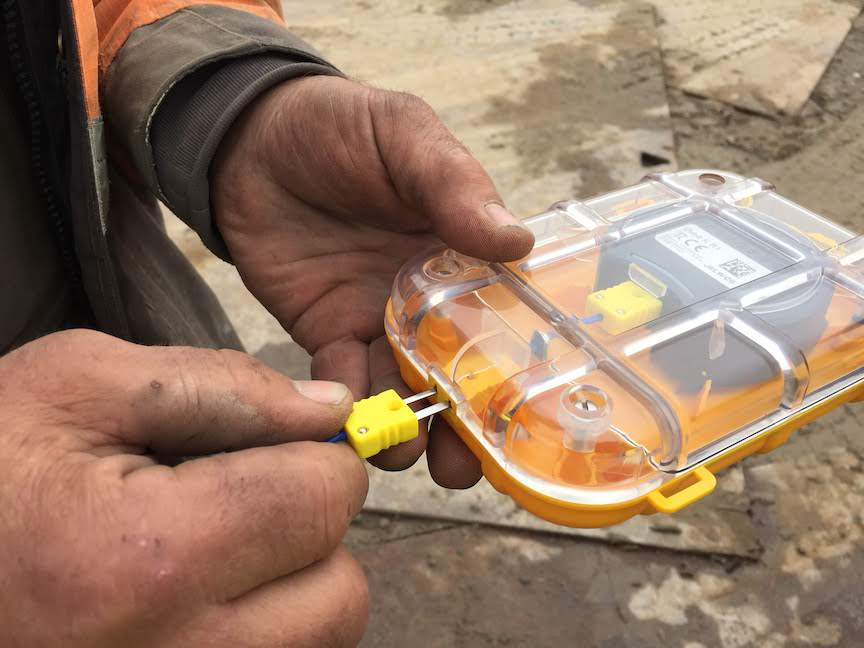 A thermocouple wire is plugged into the reusable Maturix sensor to transmit data to the cloud.

The sensors transmit concrete temperatures at chosen depths in real-time to internet-connected devices. The system then automatically estimates the concrete’s maturity and strength, the company says. 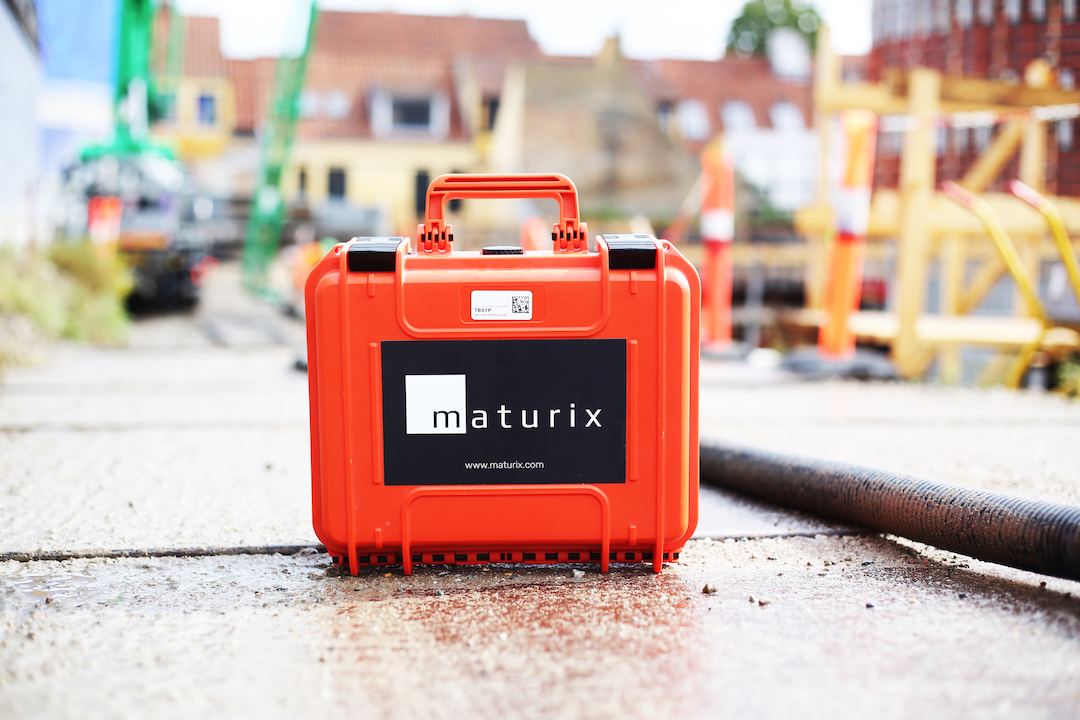 The sensors use the Sigfox 0G internet-of-things network to transmit data to the cloud for access anywhere in the world. The concrete sensors’ batteries can last for 10 years, the company says. The sensors receive temperature data from sacrificial thermocouple wires that are attached to rebar before concrete is poured. After the concrete is poured, the thermocouple wire is plugged into the reusable sensor to transmit data automatically every 10 minutes.

The sensors have been used on construction projects in Europe. Maturix was developed by Denmark-based Sensohive Technologies, which started in 2015. Canadian firm Kryton acquired 30 percent of Sensohive and is introducing the product to North America. 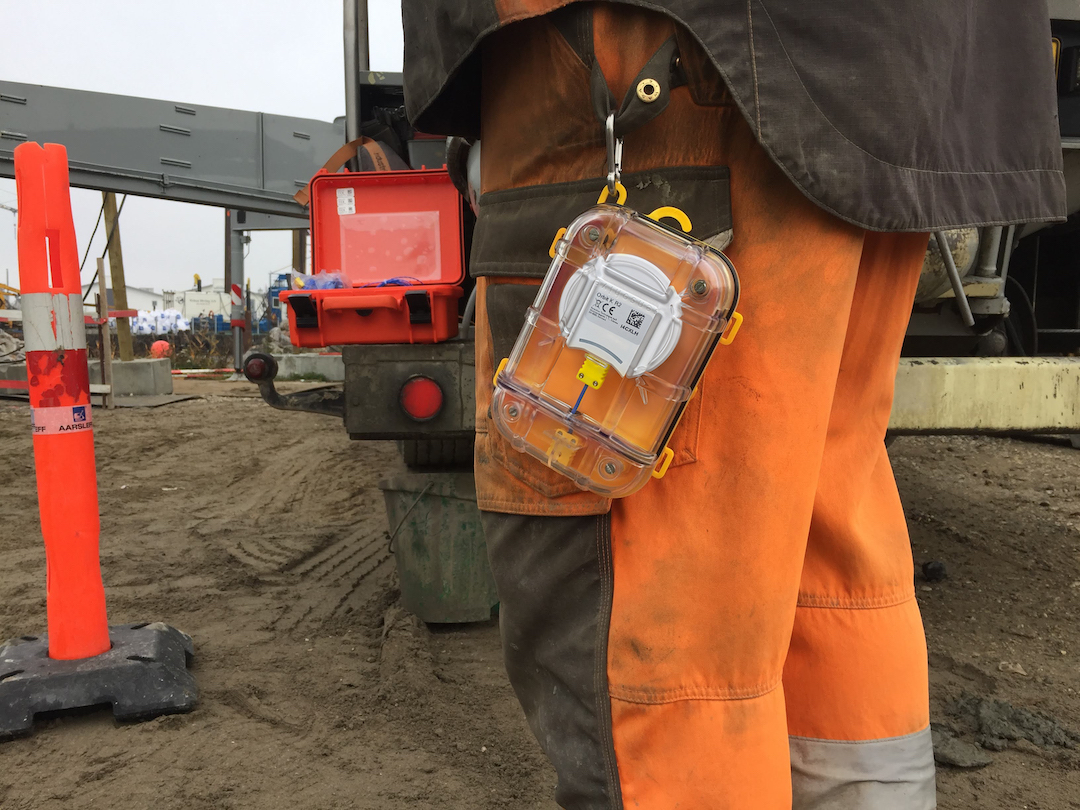