The plan is funded by the state’s first gas tax increase since 1992.

The projects are in Madison and Limestone counties near Huntsville. One project will resurface a portion of Interstate 565 and use part of the shoulders to add an additional lane in each direction, making it a six-lane interstate. The other project will expand an interchange on I-65 westward.

Phased in over three years, the tax increase will raise an estimated $320 million a year for road construction, with about $12 million going to the port of Mobile. The state tax on gas and diesel fuel will raise to 24 cents a gallon from its current 18 cents a gallon rate starting in October, with an additional 2 cents per gallon increase per year on October 1st in 2020 and 2021.

In addition, the legislation also links the state fuel tax to a national highway construction cost index, allowing the tax to be adjusted up to a penny every two years, starting in 2023.

“While the Huntsville and surrounding areas are booming with continual economic growth, it was imperative we make enhancements to their infrastructure system for the nearly 60,000 vehicles traveling on I-565 daily,” Gov. Ivey said, according to the news outlet. “Both improvement projects will be significant strides for this area. This will improve the daily commute for several thousand drivers and provide access to the new Mazda-Toyota joint assembly plant. When we began on the road to Rebuild Alabama, I promised our state would see real results, real improvements and a promising future, and we’re certainly delivering on that.”

“I commend Governor Ivey’s leadership in passing Rebuild Alabama and her commitment to keep Alabama growing,” Alabama House Speaker Mac McCutcheon said, according to the news agency. “Additional lanes on Interstate 565 will greatly reduce congestion and aid commerce in one of the fastest growing regions of our state. I, along with my colleagues, are pleased to see such quick returns from the Rebuild Alabama Act passing.” 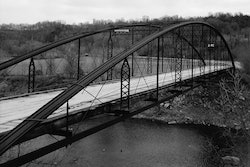 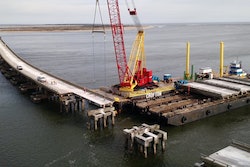