UDOT opts for braided ramps on Payson I-15 interchange 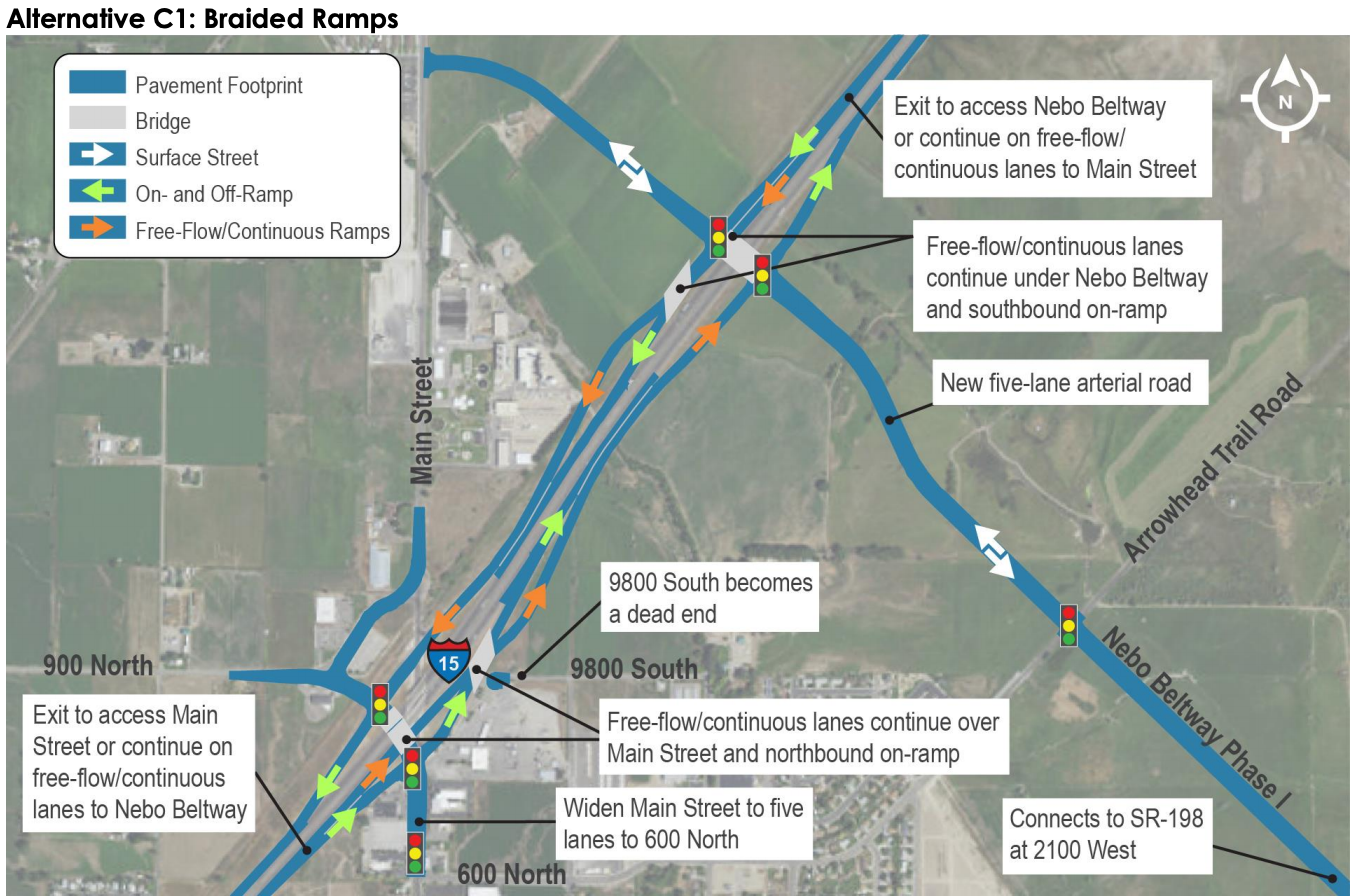 The Utah Department of Transportation (UDOT) gave final approval to the project team to use braided ramps on the Payson Interstate 15 interchange, the Daily Herald reports.

UDOT says the braided ramps—ramps that cross over each other—will improve the existing interchange while a new interchange is built approximately .7 miles to the northeast. A new five-lane road, the Nebo Beltway, will connect the new interchange to State Route 198.

The braided ramps were chose from several other options after considering traffic operations and social and economic impacts. It also had the most community support, in part because it left cultural resources, including historic homes on Payson’s Main Street, untouched.

“The existing infrastructure will not be able to adequately serve the projected transportation demands from a rapidly growing population in and around Payson,” the Record of Decision states, according to the news agency.