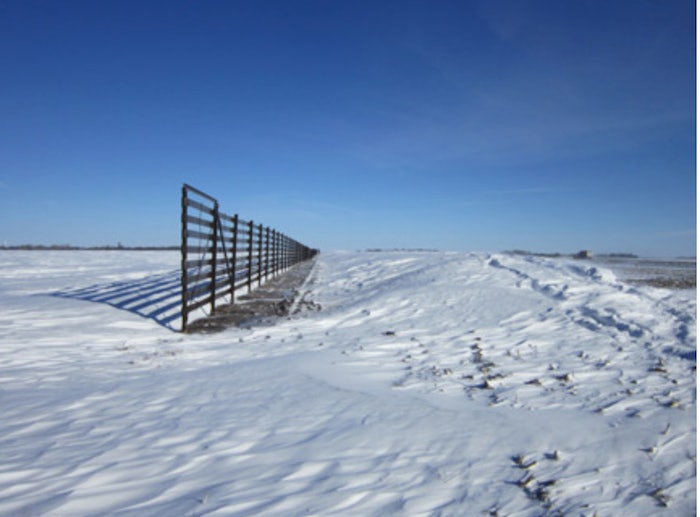 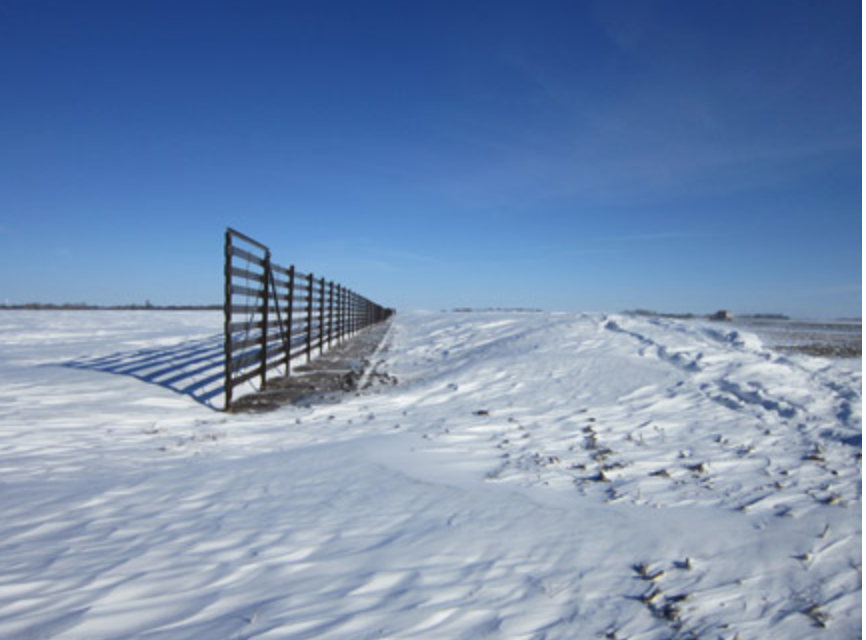 The Minnesota Department of Transportation is taking steps to install more snow fences as a way to improve roadway safety and reduce the need for plowing and deicing.

An MnDOT program offers landowners compensation for snow fences, including $1,000 or more for leaving corn rows standing at the edges of fields for use as “living snow fences.” But there’s been limited adoption of this program by landowners, according to the University of Minnesota’s Center for Transportation Studies.

To ramp up participation, MnDOT turned to the U of M’s Center for Integrated Natural Resource and Agricultural Management (CINRAM) and U of M Extension to develop and test a snow-fence outreach program.

The research team piloted it in one MnDOT district, then worked with MnDOT to prepare an outreach plan for remaining district offices.

“If we can implement our blowing-snow-control program more consistently, we can help improve the mobility of the public, reduce crash severities, and reduce operational costs,” says Dan Gullickson, Snow Control Program administrative coordinator with MnDOT’s Office of Environmental Stewardship.

For starters, researchers designed and conducted a survey of all 200 MnDOT District 8 staff.

The researchers identified two relevant types of district personnel: maintenance staff involved in plowing and road care, and program delivery staff who design roadways and may be involved in acquiring land for snow fences. 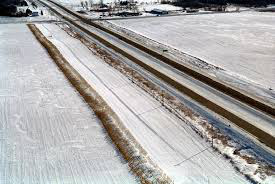 Using these findings, researchers next developed separate training programs for each group, then trained District 8 staff in May 2016, the University says.

In January 2017, the team surveyed trainees to evaluate the training and adjust it accordingly.

“The second survey showed marked improvement in staff knowledge of the blowing-snow-control program and willingness to promote the program,” Current says.

Respondents also suggested potential improvements to the blowing-snow-control program. The training has already led to significant impacts in the field, the Center says.

Landowner participation in the district’s standing-corn-row program grew from 4 sites to 15 in the year after training, due mostly to maintenance staff. “We saw a 300 percent increase in the number of standing corn rows,” Current says.

One conclusion from the project: certain maintenance workers were very effective in promoting adoption of snow-control measures while others were not.

Says Current: “Identifying, supporting, and incentivizing individuals who have an interest and ability to promote snow-control measures will be important in the future success of the program.”

Other portions of the study analyzed successful landowner outreach programs around the country, assessed the market and non-market value of snow fences, and gauged interest in harvesting products from living snow fences.

The research team also included Gary Wyatt and Diomy Zamora of Agroforestry Extension and Karlyn Eckman of the Department of Forest Resources.

“The Living Snow Fence program is a great way for us to give back to our community and be an advocate for safer driving conditions in the winter,” said Louise Kiecker, a farmer in Fairfax, Minn. “Our family and friends travel that road daily and they know that this stretch of the highway will be clear. I really see our participation in the program as a public service.”

“Living snow fences” are trees, shrubs, native grasses and wildflowers located along roads or around communities and farmsteads.

These living barriers trap snow as it blows across fields, piling it up before it reaches a road, waterway, farmstead or community. It also includes leaving a few rows of corn along the road side, hay bales and other ways to use vegetation and temporary fencing to control blowing snow, according to MnDOT.

“A suitably designed roadway will promote snow deposits in ditches rather than on the roadway. Blowing snow that does reach the road will move across without drifting. Snow fences can also help maintain clear roadways by capturing blowing snow upwind of a problem area and storing that snow over the winter.”

In 2017, 13,650 car accidents resulted from snowy or icy conditions across the state, according to the Minnesota Department of Public Safety. Rural roads account for 70 percent of total traffic fatalities each year.