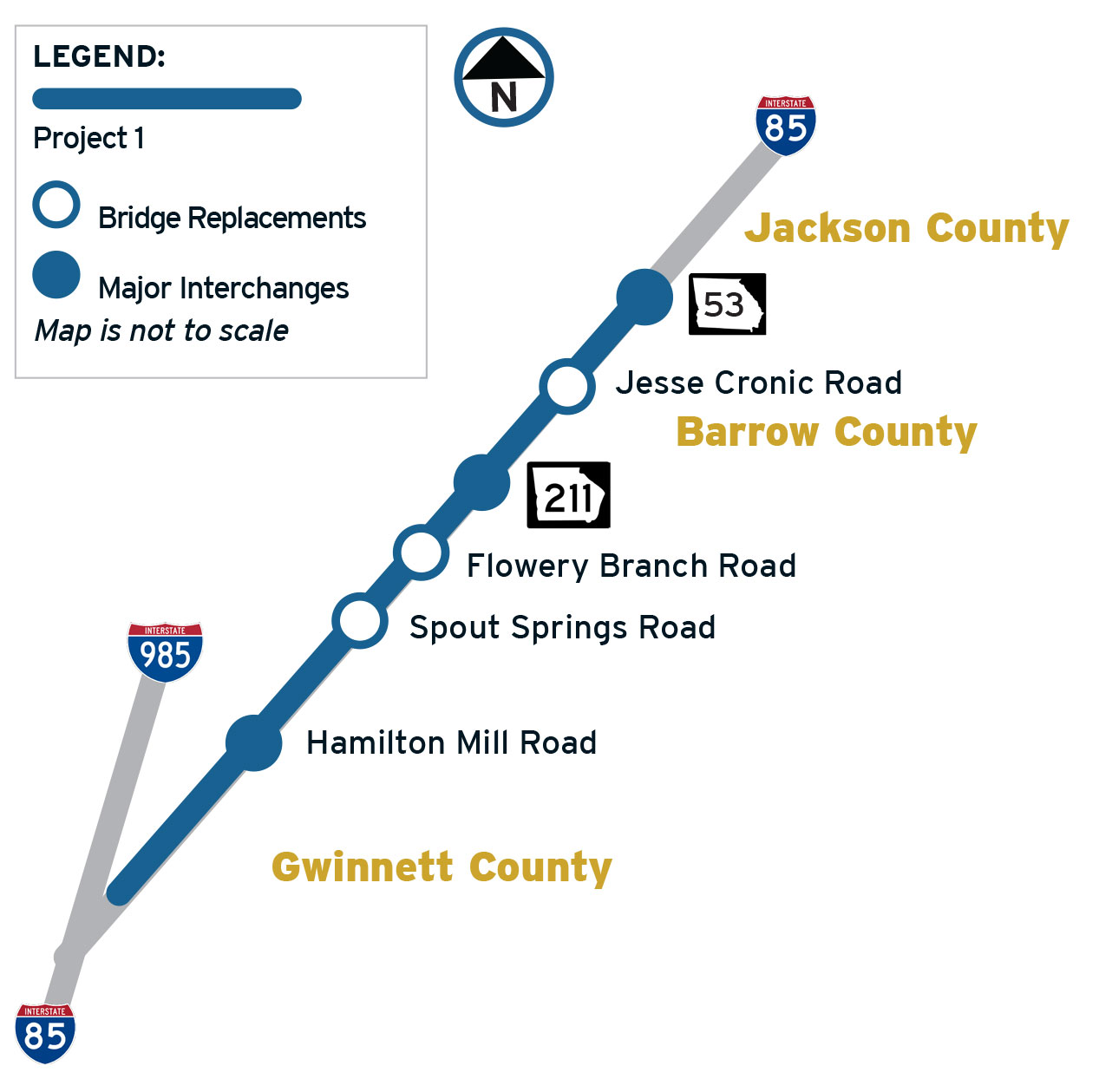 A map of the Interstate 85 widening project

Georgia has begun the first of 11 highway construction projects totaling $10 billion that make up the state’s Major Mobility Investment Program.

Work on the Atlanta metro area project – widening Interstate 85 from two lanes to three in each direction for 24 miles between Gwinnett and Jackson counties – started at the end of July. The added lanes will be built on the highway’s current median and are expected to eventually reduce traffic delays on the corridor by more than half, according to the Georgia Department of Transportation. The $115 million project also involves replacing three overpass bridges that are more than 50 years old.

State officials say this project and the 10 others in the mobility program will add more than 300 new lane miles in congested areas, creating jobs and reducing overall travel delays by 5 percent. They say the projects will ultimately lead to $2 billion in growth to the state’s economy and create 13,000 jobs.

The projects include truck-only lanes on Interstate 75 between Macon and McDonough designated only for commercial vehicles. Construction on those lanes is scheduled to start in 2025 and would separate commercial trucks from the general traffic to increase safety and traffic flow.

The other nine projects in the program, in order of expected start dates between 2019 and 2025, are as follows: