Engineer reported but ‘not concerned’ about cracking in Miami bridge before deadly collapse; no road closure for stress testing also at issue

Two days before the deadly collapse of pedestrian bridge in Miami Thursday, the lead engineer on the project left a voicemail with state officials saying cracking had been seen on the north end of the span that had been earlier moved into place during accelerated construction.

The engineer, W. Denney Pate with FIGG Bridge Engineers, had said that the crack was not a safety concern, according to a recording and transcript of the call released by the Florida Department of Transportation (FDOT) Friday night. Safety issues had also been allayed during a meeting about the crack with the bridge design team and FDOT at the construction site just a few hours before the collapse.

At least six people were killed in the collapse of  the main span of the 174-foot-long pedestrian bridge still under construction near the campus of Florida International University. Scheduled for completion in 2019, the 950-ton structure came down on cars stopping for a red light during what city officials say was “stress testing” on March 15.

Here’s a transcript of the engineer’s call released by FDOT:

“Hey Tom, this is Denney Pate with FIGG Bridge Engineers. Calling to, uh, share with you some information about the FIU pedestrian bridge and some cracking that’s been observed on the north end of the span, the pylon end of that span we moved this weekend. Um, so, uh, we’ve taken a look at it and, uh, obviously some repairs or whatever will have to be done but from a safety perspective we don’t see that there’s any issue there so we’re not concerned about it from that perspective although obviously the cracking is not good and something’s going to have to be, ya know, done to repair that. At any rate, I wanted to chat with you about that because I suspect at some point that’s gonna get to your desk. So, uh, at any rate, call me back when you can. Thank you. Bye.”

The message, left on a landline, was not heard until Friday by an FDOT employee who had been out of the office on assignment.

To listen to the audio file released by FDOT, click here.

While the designer is FIGG Bridge Engineers, the contractor who both built and installed the structure is MCM – Munilla Construction Management. Both firms are based in Florida.

Also Friday, the engineering firm on the $16.5 million project released this statement:

“FIGG Bridge Engineers, Inc., continues to work diligently with the construction team to help determine the cause of the collapse of the pedestrian bridge that was under construction at Florida International University.

“We are heartbroken by the loss of life and injuries, and are carefully examining the steps that our team has taken in the interest of our overarching concern for public safety. The evaluation was based on the best available information at that time and indicated that there were no safety issues. We will pursue answers to find out what factors led to this tragic situation, but it is important that the agencies responsible for investigating this devastating situation are given the appropriate time in order to accurately identify what factors led to the accident during construction. We are committed to working with all appropriate authorities throughout this process.”

FDOT had no knowledge of “stress testing”

City officials have said that stress testing was underway on the bridge when it collapsed about 1:30 p.m. Thursday, crushing cars below on a busy state road, SW 8th Street. At least six people were killed and at least 10 more injured, including construction workers.

“Per standard safety procedure, FDOT would issue a permit for partial or full road closure if deemed necessary and requested by the FIU design build team or FIU contracted construction inspector for structural testing,” the department says.

At issue is why the road was not closed during any such testing, as well as why the cracking was not seen as a potential safety issue.

According to standard procedures, the department says, FDOT had issued a permit at the request of FIU’s design build team to close SW 8th Street during the installation of the FIU pedestrian bridge on Saturday, March 10.

“While FDOT has issued, following a request from the FIU design build team, a blanket permit allowing for two-lane closures effective from January through April, at no time, from installation until the collapse of the bridge, did FDOT receive a request to close the entire road,” the department says.

The Florida International University (FIU) pedestrian bridge was a local agency project, not a Florida Department of Transportation (FDOT) project.

Only three and a half hours before the catastrophic failure, a meeting about the cracking was held at the construction site. FIU released this statement regarding that:

“On Thursday morning (March 15, 2018), at 9:00 a.m., the Design Build Team of MCM and FIGG convened a meeting at the MCM trailer, located on the construction site, to discuss a crack that appeared on the structure. The FIGG engineer of record delivered a technical presentation regarding the crack and concluded that there were no safety concerns and the crack did not compromise the structural integrity of the bridge. This meeting lasted approximately two hours and included FIU and FDOT representatives.

“The investigation is ongoing to determine the collapse of the bridge, and FIU is fully cooperating with all authorities to understand what happened.”

On Wednesday, March 14, Alfredo Reyna, the assistant coordinator of the Local Agency Program (LAP)  and an FDOT consultant, had also received a phone call from Rafeal Urdaneta, a Bolton Perez & Associates employee, notifying him of a midday meeting scheduled for Thursday, March 15 with Pate and other members of the FIU design build team responsible for the project.

FDOT is routinely included in meetings during LAP project construction.

Reyna attended the meeting and was not notified of any life-safety issues, need for additional road closures or requests for any other assistance from FDOT, the department says.

“Again, FIGG and the FIU design build team never alerted FDOT of any life-safety issue regarding the FIU pedestrian bridge prior to collapse. The tragic failure and collapse of the pedestrian bridge at FIU is the subject of an active and ongoing investigation led by the National Transportation Safety Board (NTSB) as well as local and state law enforcement investigations. As FDOT assists in these investigations, we will continue our internal review and release all pertinent information as quickly as possible while ensuring its accuracy.”

The designer, contractor and the Construction Engineering and Inspection (CEI) firm are all under contract with FIU. The CEI is Bolton Perez and Associates.

Under the terms of the procurement issued by FIU, and because of the unique characteristics of the design of the bridge, an independent, secondary design check was required, state transportation officials say.

“Under this project, it is the responsibility of FIU’s design build team to select the firm used to conduct the independent, secondary review. The firm selected, Louis Berger, was not FDOT pre-qualified for this service, which is required under FIU’s agreement with the state,” FDOT says. “FIU’s design build team is responsible for selecting a pre-qualified firm and ensuring this process is followed.”

Florida law requires firms be pre-qualified through an annual application process. No response was immediately available from FIU.

Accelerated Bridge Construction (ABC) was used on the project. The pedestrian walkway was built at an off-site location by MCM – Munilla Construction Management – and moved into place on March 10th. The walkway was set in place on top of two piers which were constructed on-site, state officials say. It crumbled five days later.

“FIU’s design build team is responsible for the proper and safe completion of this project and for compliance with all applicable laws and engineering and construction standards. Additionally, any testing done to the structure following its installation was the responsibility of the FIU design build team,” FDOT says.

FDOT’s involvement was limited to issuing a permit for traffic control during a span installation on Saturday, March 10, the agency says. The department was acting as a pass-through for federal funding and providing $57,000 in state funding for the $16.5 million project.

FDOT was responsible, however, for conducting a routine preliminary review to ensure the project complied with the terms of the agreement with the state. 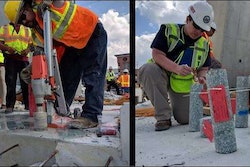 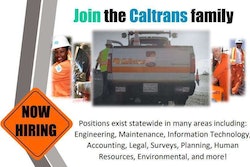 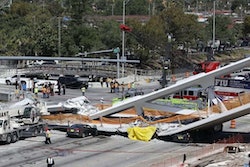 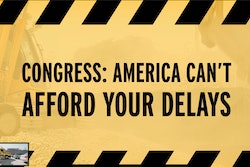