Researchers at the University of British Columbia (UBC) Okanagan have developed smart memory alloys for use in concrete bridges in earthquake-prone areas that they say are safer and more cost-effective than steel rebar.

“Conventional steel rebar reinforcements have been used for years in building structurally sound bridges,” said Shahria Alam, associate professor of engineering and researcher of the year at the university, according to a university press release. “The problem is that these structures are extremely rigid and can experience permanent damage after a seismic event.”

Seismic design guidelines in North America and Europe allow bridges to undergo deformations during an earthquake as long as they remain intact, Alam added, but repairs can be expensive.

“More than 100 steel-reinforced concrete bridges had to be completely demolished and rebuilt after the Kobe earthquake in Japan in 1995, even though they were still standing,” Alam told the news outlet. “Our results show that memory alloys, which can be flexed without experiencing permanent damage, can maintain a bridge’s structural integrity and significantly reduce repair costs after a seismic event.”

Alam and his former PhD student Muntasir Billah, who is now a bridge engineer in Vancouver, designed and tested five bridge piers using different alloy materials, using a variety of earthquake scenarios, and were able to determine which alloys maintained the bridge’s integrity and had low repair costs.

“All of the memory alloy bridges performed exceptionally well, but one alloy in particular, called ferrous polycrystalline, was a clear winner,” Alam told the news outlet. “It could represent a significant advance in the safety and financial viability of bridge construction in this region.”

The findings were published in Engineering Structures. 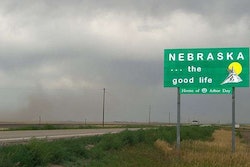 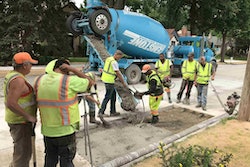 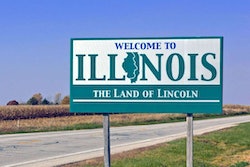 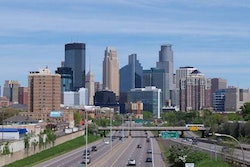