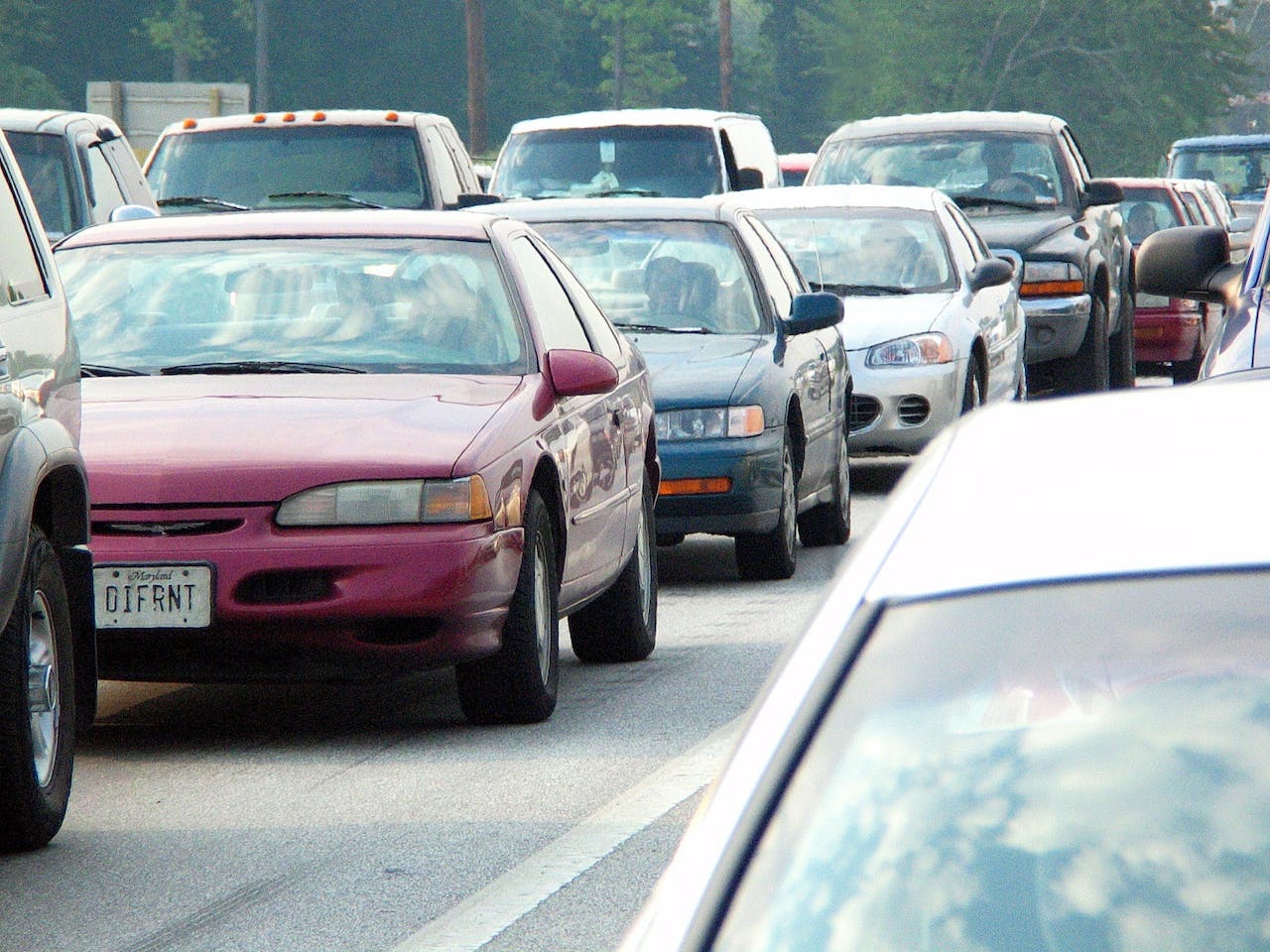 Deaths from crashes involving people 65 and over at the wheel have increased 22 percent from 2012 to 2016, according to a new report from a nonprofit transportation research group.

That compares to an 11 percent increase for the overall number of fatalities in the United States during that time period, says the report by TRIP.  Also, the number of drivers 65 and older who have died in crashes has increased 21 percent.

The report, called “Preserving the Mobility and Safety of Older Americans,” ranks the states by the number of fatalities involving at least one driver over 65.

The five states with the highest percentage of fatalities involving at least one 65-plus driver:

The five states with the most licensed drivers 65 and over:

The five states with the highest percentage of licensed drivers 65 and over: 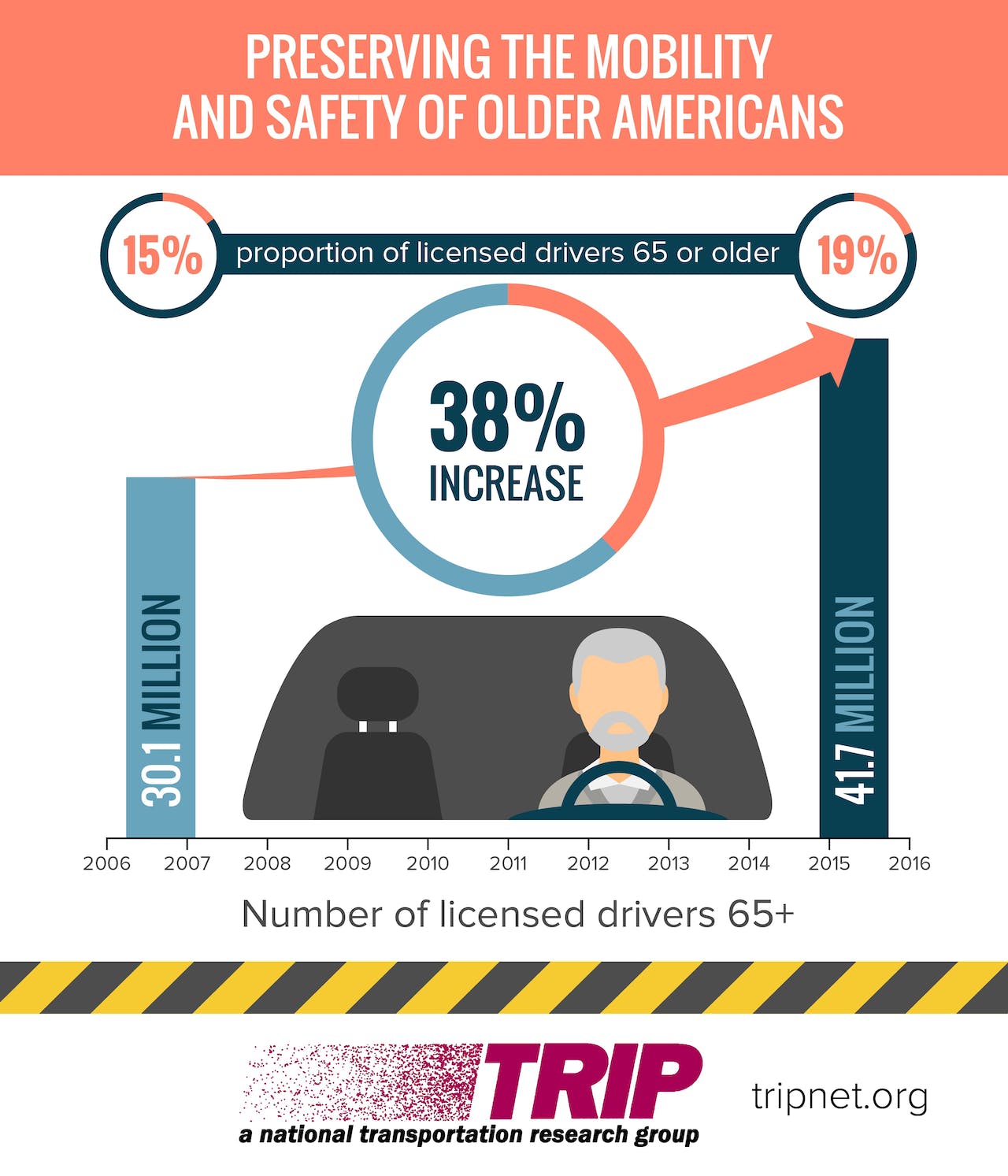 That leads to a need for more safety measures geared toward older drivers, which can also help all drivers.

“As transportation agencies work to reduce fatalities and serious injuries among older drivers, we are able to implement safety improvements that assist all road users,” said Rudy Malfabon, director of the Nevada Department of Transportation and chairman of the American Association of State Highway and Transportation Officials Committee on Highway Traffic Safety. “Wider lane striping, larger sign lettering and more prominent milepost signage are just a few of the strategies that benefit older road users as well as all motorists and first responders. These efforts help us move toward our vision of zero traffic fatalities.”

TRIP wants Congress to shore up the Federal Highway Trust Fund, which is predicted by some to become insolvent in 2021, to pay for needed road improvements as well as address the additional needs of senior drivers, including adding more public transit. 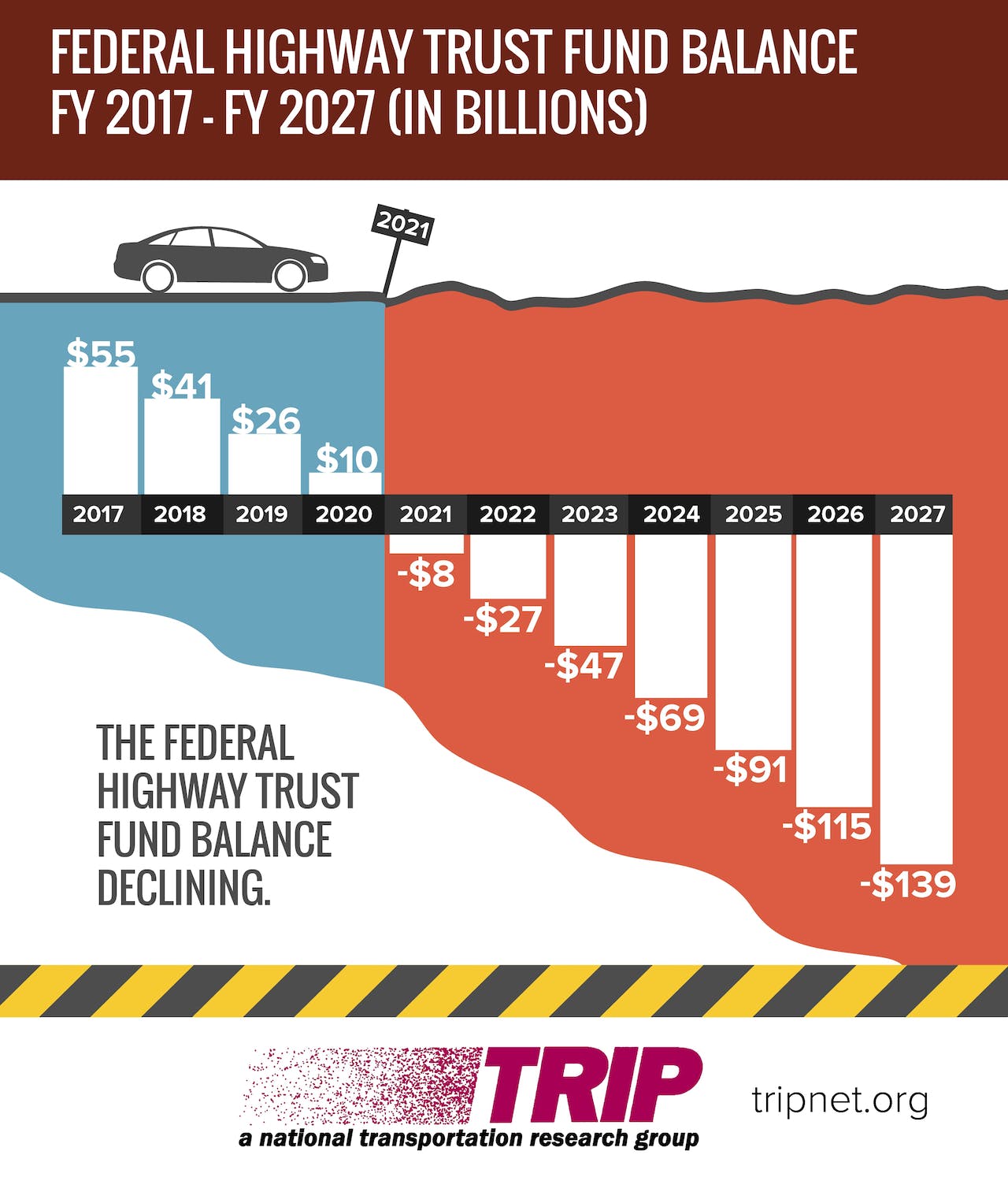 “We owe it to the generation that built our nation’s highway system to further enhance the safety and convenience of our transportation system to meet the mobility needs of older Americans,” said Greg Cohen, president and CEO of the American Highway Users Alliance, an organization that advocates on behalf of motorists, truckers, and other drivers.

TRIP notes that the higher rate of fatalities among seniors is partly because of their inability to recover physically as well as younger drivers. The group also points out that senior drivers face more limitations than younger drivers, such as diminished eyesight, reaction time, cognitive ability and muscle dexterity.

The report makes the following recommendations: 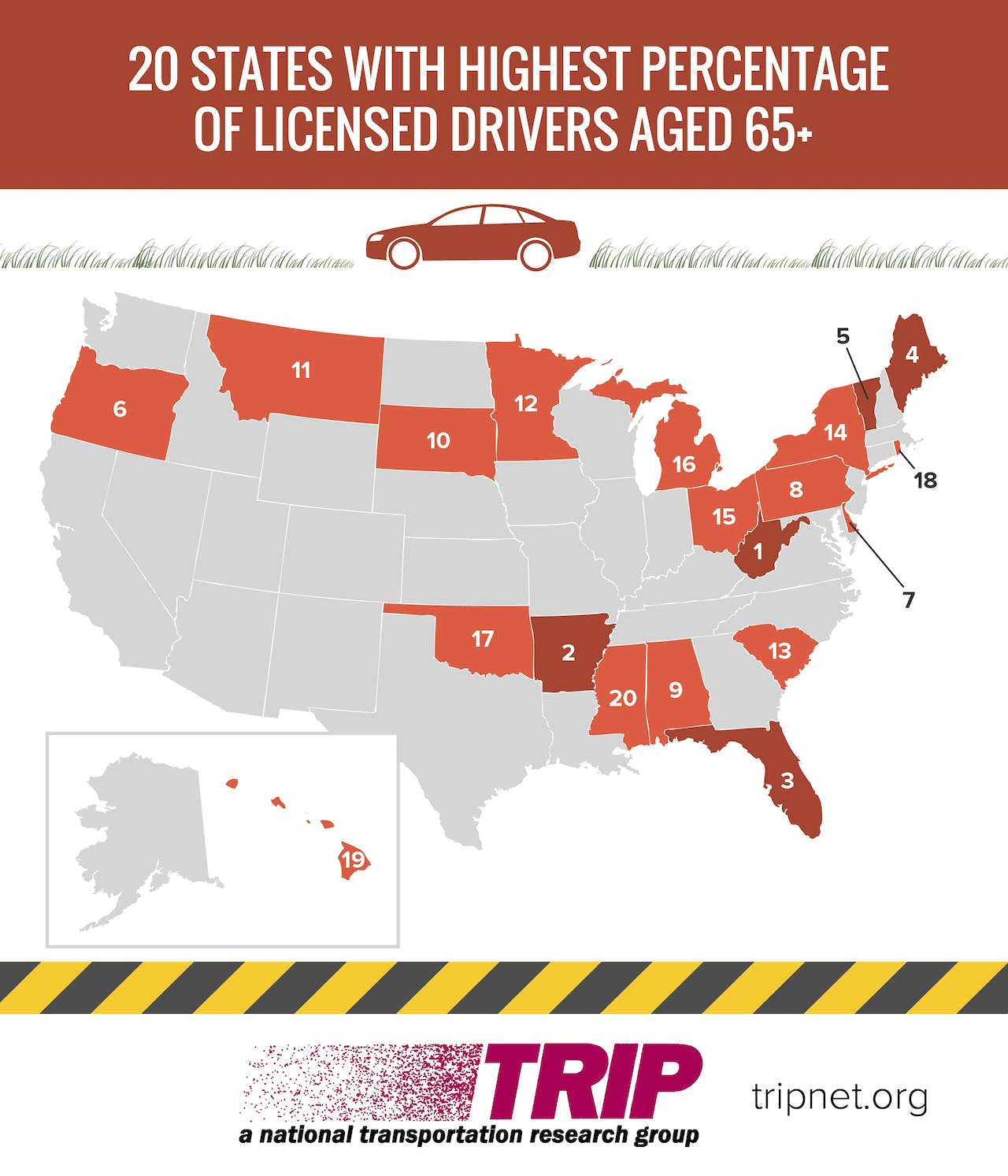 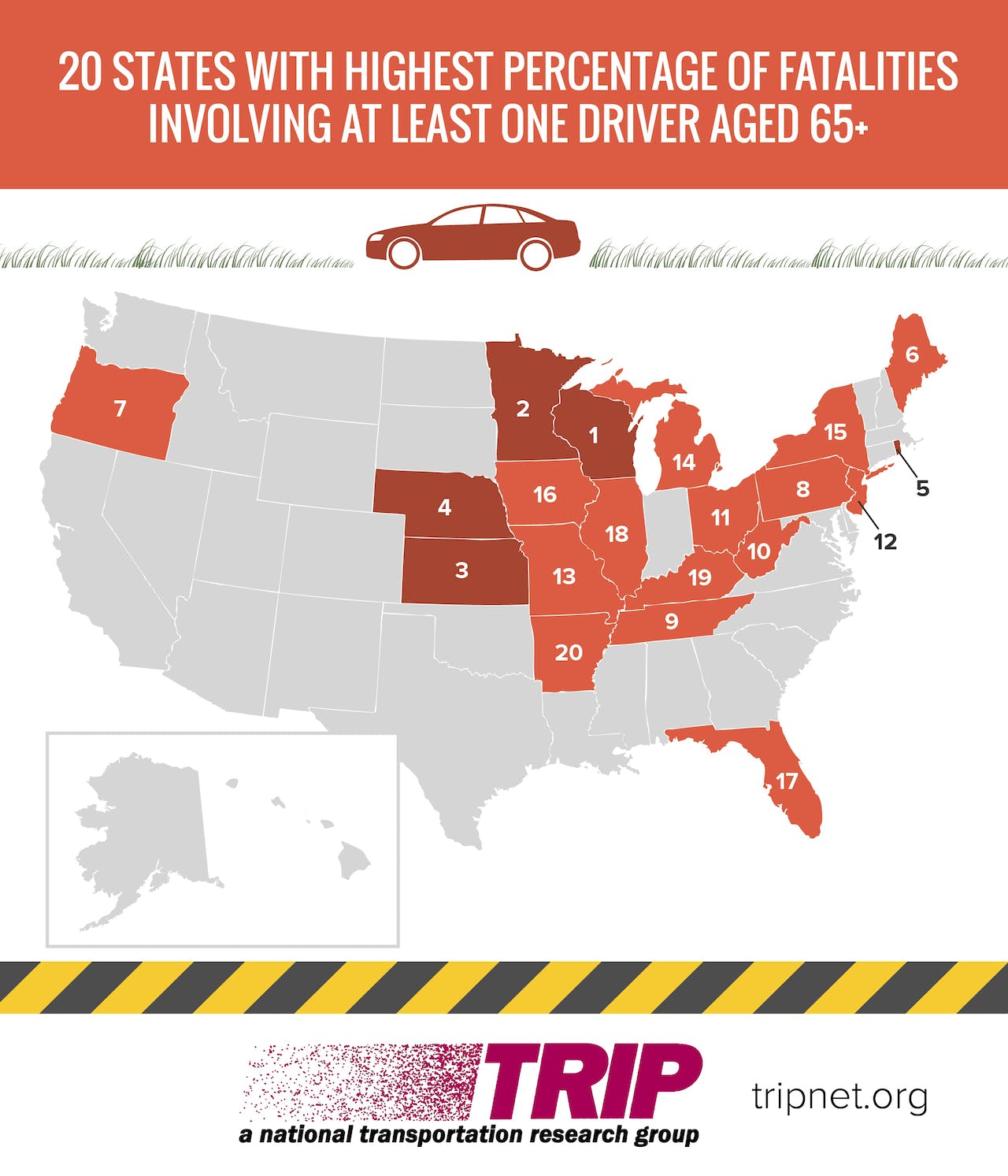 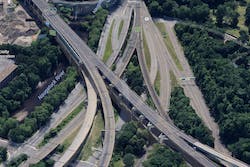 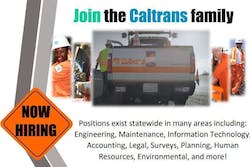 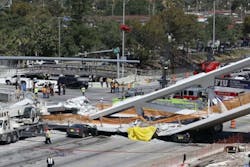 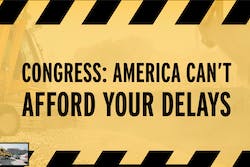