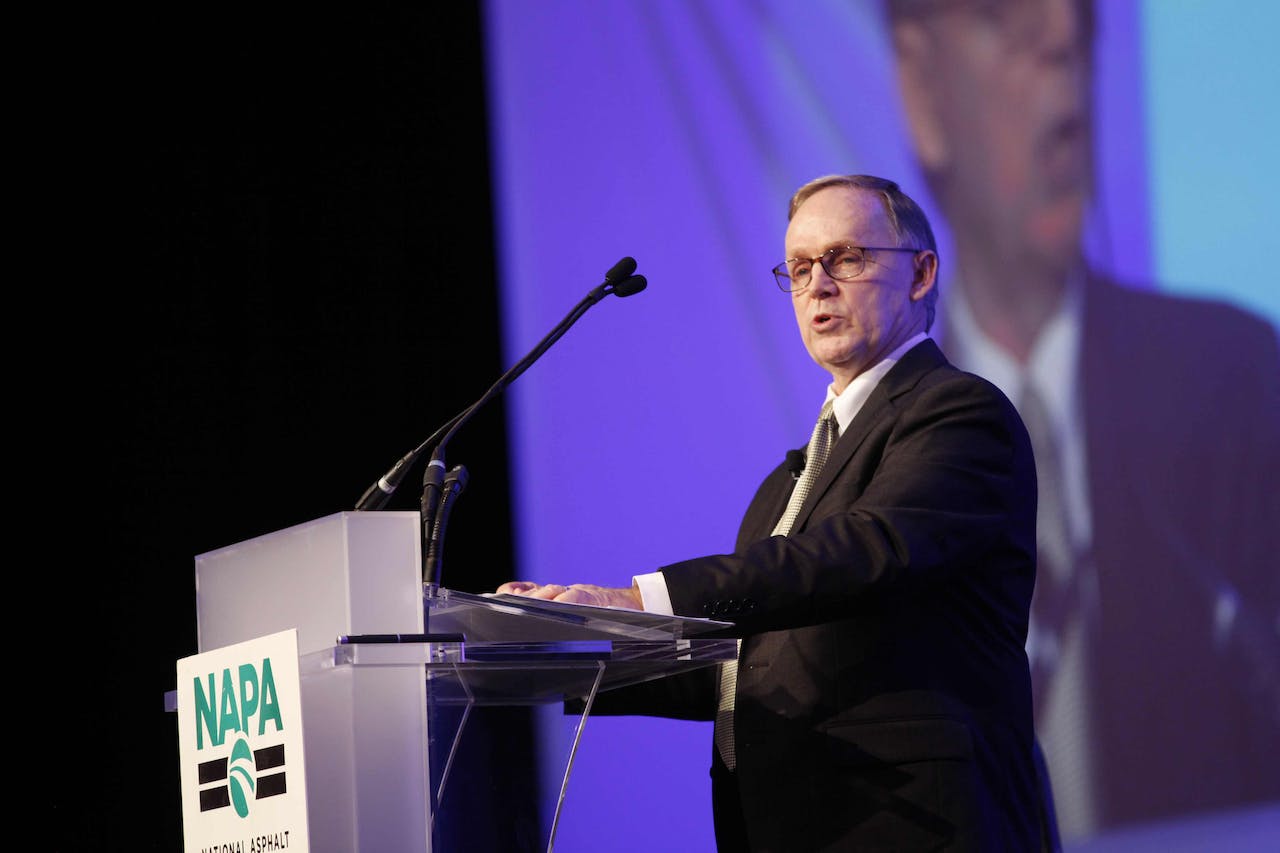 The Silver Star Construction crew from Moore, Oklahoma, was following all the safety rules on that spring morning as they paved. Distracted, the driver of a pickup truck bore down on the work zone at 50 miles per hour.

The catastrophic accident that unfolded in the next few moments touched off a crusade for the commercial paving company of Craig W. Parker, the new 2018 chairman of the National Asphalt Pavement Association (NAPA).  He’s vice president of Silver Star, an employee-owned company. Now, as he assumes his new post, Parker is taking his safety cause coast-to-coast.

“You can rest assured that NAPA and I are committed to enhancing safety for the industry,” Parker told about 900 people at the association’s 62nd annual meeting in San Diego this week. “This is a major focus for NAPA in 2018.”

Just after taking his oath to the leadership role on Monday, Parker implored members to commit to three goals in the next year: “safety, quality, and following through.” Company leaders can make a difference by setting an example and pushing for change, he assured them. And there’s much at stake.

“Everyone in this room knows that this industry can be dangerous,” Parker says.

“More than two roadway construction or maintenance workers are killed on the job every week. Another 40 workers are injured every day.

“Roadway accidents cost more than $500 million annually, according to data from the U.S. National Institutes of Health. Each death in the construction industry costs approximately $4 million in direct and indirect expenses; each injury resulting in lost work days costs has an average cost about $42,000.”

Those in the road construction and maintenance business see the dangers up close.

“We routinely have people working within inches of vehicles traveling 50, 60, 70 miles per hour. Folks, if you haven’t had the experience of standing on the white or yellow line at the edge of a construction zone with highway traffic zooming by, I encourage you to get out there, with your crew and see what that feels like – in a safe supervised manner,” Parker says.

“Our safety personal set up these works zones according to the MUTDC (Manual on Uniform Traffic Control Devices). And then we put our people – the construction crews, the inspectors, the QC (quality control) people, and the engineers out there with a few bits of plastic between them and several thousand pounds of steel traveling from 20 to 70 miles per hour. That’s the environment we live in.”

The accident happened as Parker’s workers were paving a two-lane road on April 13, 2017.

“Our crews, the foreman, the superintendent, the safety director, and the traffic control subcontractor did everything right, but the accident still happened, Parker recounts.

This job involved using a flagging operation. In the sequence of the operation, the pilot car had just made the turn, and the flagman, Justin, had one car stopped at the flagging station.

“Now this was not a busy highway. Maybe a car every two to three minutes. With the first car in sequence stopped, our flagmen could see a pickup approaching, but it didn’t seem to be slowing down. Watching that pickup, Justin was sure it was not going to stop,” Parker recounts.

“He got the attention of the woman driving the car which was already stopped – who also had a 4-year-old child in the back seat ­– and started yelling at her to move off the road.”

The woman – who was the wife of a DOT worker – pulled to the side, and Justin moved quickly to get off the road himself.

“The pickup driver, finally, looked up and saw the car, but he didn’t see Justin. The pickup missed the car but struck Justin, knocking him approximately 80 feet.

“When the first responders got to the scene, they didn’t give Justin much of a chance of surviving.”

Justin spent about 60 days in a coma. This past December, he was able to join coworkers at the company’s annual Christmas party.

“Justin still has a long road to recovery in front of him — it could be as long as two years — and we don’t know if he’ll ever be able to come back to work, but we continue to pray for him daily. Justin is truly a miracle,” Parker says. “The good Lord has other plans for Justin, or else he wouldn’t still be with us today.

“I share Justin’s story because it made us take a new look at what we require of our people when it comes to safety and what engineering devices we have available to protect our people.”

Parker is sure a technology is out there that could possibly have keep this accident from happening.

“Unfortunately, it sometimes takes a major incident for contractors like us to do the research and see what is happening in other areas of the country, to find ideas and solutions that we just haven’t been exposed to yet,” he says.

In their research, Silver Star learned of a few things that are helping to make work zones safer in other areas of the country: automated flagging stations, portable rumble strips, and remote photo enforcement of speeders in active work zones.

“Last April, when Justin’s accident happened, we did not have the DOT specifications available for any of these new devices for highway work in Oklahoma. I’m happy to tell you that our DOT is now actively working on getting these standards reviewed for implementation,” Parker says.

As the research introduced them to automated flagging stations, Silver Star found an obscure construction standard for portable rumble strips. “It has only been used occasionally for ODOT maintenance crews, and not for new contract construction work. We are looking to deploy a new standard soon,” he says.

Parker advised members that during their annual meeting, they would more about NAPA Care, which is Emergency Benevolent Fund established by the asphalt pavement industry to support the family of a NAPA member employee who suffers a fatal accident while working in the line of duty.

They would also hear about their work zone training partnership with ARTBA, NAPA’s safety pavilion at World of Asphalt, and a new public awareness campaign developed by the Go to Market Task Group, including a powerful road safety video that would debut before them on Wednesday, February 14, 2018.

Committing to quality and following through

As NAPA’s 2018 chairman, Parker also told members that he wanted all of them to commit to quality. “You will hear a lot more from me over the next few months on ideas and ways we can help our crews step up their game and commit to delivering a quality product every day,” he says.

A third area they must all commit to is “follow through,” Parker says.

Parker pledged that he will spend the next year working with NAPA on these focus areas. And he urged members to make the same commitment for the benefit of their companies and the industry as a whole. 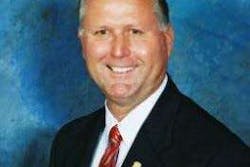 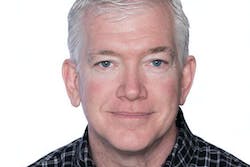 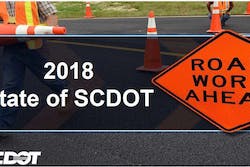