Connecticut Gov. Dannel P. Malloy has released the outline of his administration’s revenue package to stabilize the Special Transportation Fund (STF) and allow for critical investments in the state’s transportation system.

He says his plan for the STF would restore canceled state and municipal projects across Connecticut and “prevent drastic increases” in rail and bus fares and major service reductions on Metro-North, Shore Line East, and CTtransit bus services

“Without the reinstatement of canceled projects, Connecticut’s infrastructure will fall further into a state of disrepair, making our roads and bridges less safe for residents and harming the state’s economy,” the governor’s office says in a press release.

“Despite big promises of a massive infrastructure package, it has become clear that the Trump administration has no plans to make real investments in our transportation system,” Gov. Malloy notes.

“Other states have realized that they must take matters into their own hands, and we must do the same to ensure the viability of the Special Transportation Fund.”

His newly released proposal calls for these actions:

The STF finances the state’s entire transportation system, including the operating costs of the Connecticut Department of Transportation (CTDOT) and the services it provides.

In December, Gov. Malloy reiterated and increased his warnings on the solvency of the fund following the release of a report showing that without prompt action, it will be in deficit by fiscal year 2019, which begins July 1, 2018.

In January, Malloy and the CTDOT indefinitely suspended $4.3 billion in projects affecting every town across the state, including critical improvements to the I-91/Route 15 interchange on the Charter Oak Bridge, the replacement of the Waterbury Mixmaster, and the widening of I-95 from Bridgeport to Stamford.

“But for decades, our state has chronically underfunded our roads, bridges, tunnels, and rails, and as a result our infrastructure consistently ranks among the worst in the nation. Without new revenues this year, we face a transportation cliff.

“We will be forced to make draconian cutbacks, affecting even routine maintenance. If we want to revitalize our urban centers and attract the jobs of tomorrow, we absolutely must ensure the solvency of the Special Transportation Fund, and we must do it early in this legislative session. We can no longer afford to wait – it’s time for action.”

“The combination of immediate and long term additional revenue provided by the governor’s recommendations represents a solution to maintaining our commitment to operate a safe highway, bus and rail transportation network and to avoid serious deterioration of our state and municipal transportation infrastructure,” says CTDOT Commissioner James P. Redeker.

“And while Connecticut has refused to increase transportation revenue, 26 states – including eight in the past year – have increased their gas taxes,” says the governor’s news release. 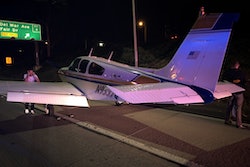 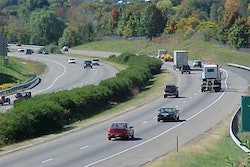 I-81 coalition forms in Va. to improve safety, reduce congestion 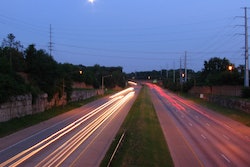