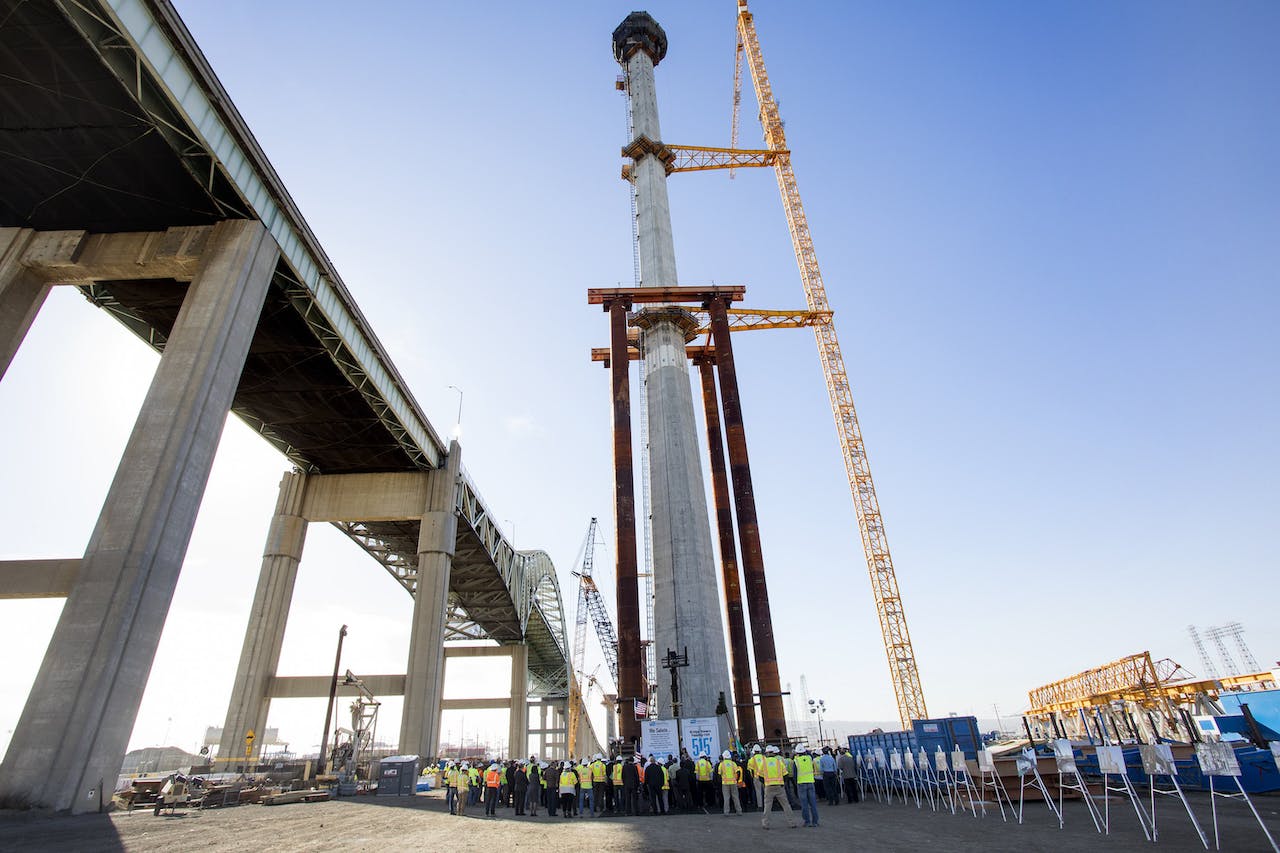 On December 5, state, local and federal officials joined construction crews for a “topping out” ceremony to celebrate the completion of the two 515-foot-tall towers for the new Port of Long Beach bridge, Port of Long Beach reports. The towers will be the centerpieces of California’s first cable-stayed bridge for vehicular traffic, which will be one of the tallest of its kind in the nation.

“These new towers reaching over 500 feet into the air are changing the Long Beach skyline,” said Mayor Robert Garcia in a Port of Long Beach news release. “The bridge is not only an important piece of infrastructure, its design will create a new iconic gateway into our city.”

“The new bridge will benefit the whole region. We will have improved traffic flow for our neighbors, as well as for truckers,” said Harbor Commission President Lou Anne Bynum in the news release. “And for our cyclists and walkers, don’t forget that we will also have the Mark Bixby Memorial Bicycle and Pedestrian Path.”

“This achievement is the result of collaboration among our funding partners, as well as world-class engineering and construction by the whole project team,” said Port of Long Beach Executive Director Mario Cordero, according to the Port of Long Beach news release. “We are now ready to move to our next important stage, which is to build the main span of the bridge.”

“This bridge will be a lifeline for California’s economy, as 40 percent of the nation’s imports come through this complex,” said Caltrans Director Malcolm Dougherty, according to the news agency. “Congratulations to the Port of Long Beach for reaching the final stretch of completing this iconic bridge.”

In addition to the completion of the towers, stretches of the new bridge’s westbound lanes have been completed and construction of the eastbound lanes has began. The new bridge will include six traffic lanes and four emergency shoulders, a higher clearance to accommodate large cargo ships, more efficient transition ramps and connectors to improve traffic flow, and a bike and pedestrian path with scenic overlooks.

The $1.47 billion bridge project, which is expected to be completed in 2019, is a joint effort between Caltrans and the Port of Long Beach, with additional funding from the U.S. Department of Transportation and the Los Angeles County Metropolitan Transportation Authority. 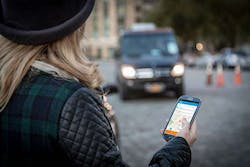 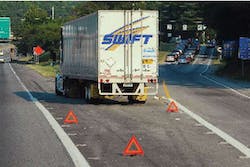 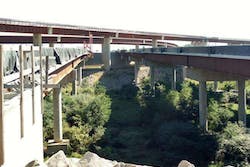