The Arizona Department of Transportation (ADOT) has reduced the speed limit on Interstate 40 between Parks and Bellemont from 75 to 55 miles per hour because of slick road conditions.

According to the Arizona Daily Sun, the department released a statement saying that the slick road conditions were the result of the wrong asphalt mix being used by the paving crew during a pavement replacement and preservation project, stating that it was “more permeable than typical asphalt mixes,” but added that “crews have since used an asphalt-rubber product known as fog seal to seal the 12-mile stretch of I-40 in both directions in order to help the road resist moisture from rain and snow.”

“ADOT crews plan to check the surface condition next week and take appropriate action before shutting down (the) project for the winter,” ADOT officials told the news agency. “Construction crews will come back next spring when temperatures warm up and complete the project by laying a final layer of asphalt, known as friction course, through the project area.”

According to the news agency, after the fog seal was applied, ADOT crews determined the eastern portion of the project, between Bellemont and A-1 Mountain, was in good enough condition to raise the speed limit back to 75 mph, but decided the portion between Parks and Bellemont is “such that it’s safer to keep the speed limit to 55 mph for the time being.”

“After a fog seal, traffic and grit improve friction by roughing up the surface,” ADOT officials said, according to the news agency. “That’s happened enough on 6 miles to raise the limit back to 75 mph. We’re continuing to test the surface on the remaining 6 miles to determine whether the friction level has reached the point that we can raise the limit from 55 mph.” 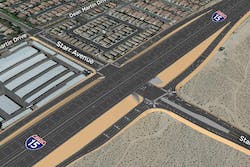 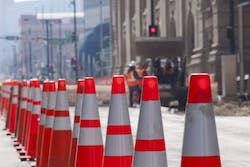 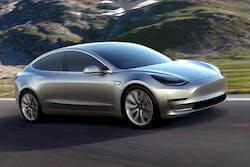