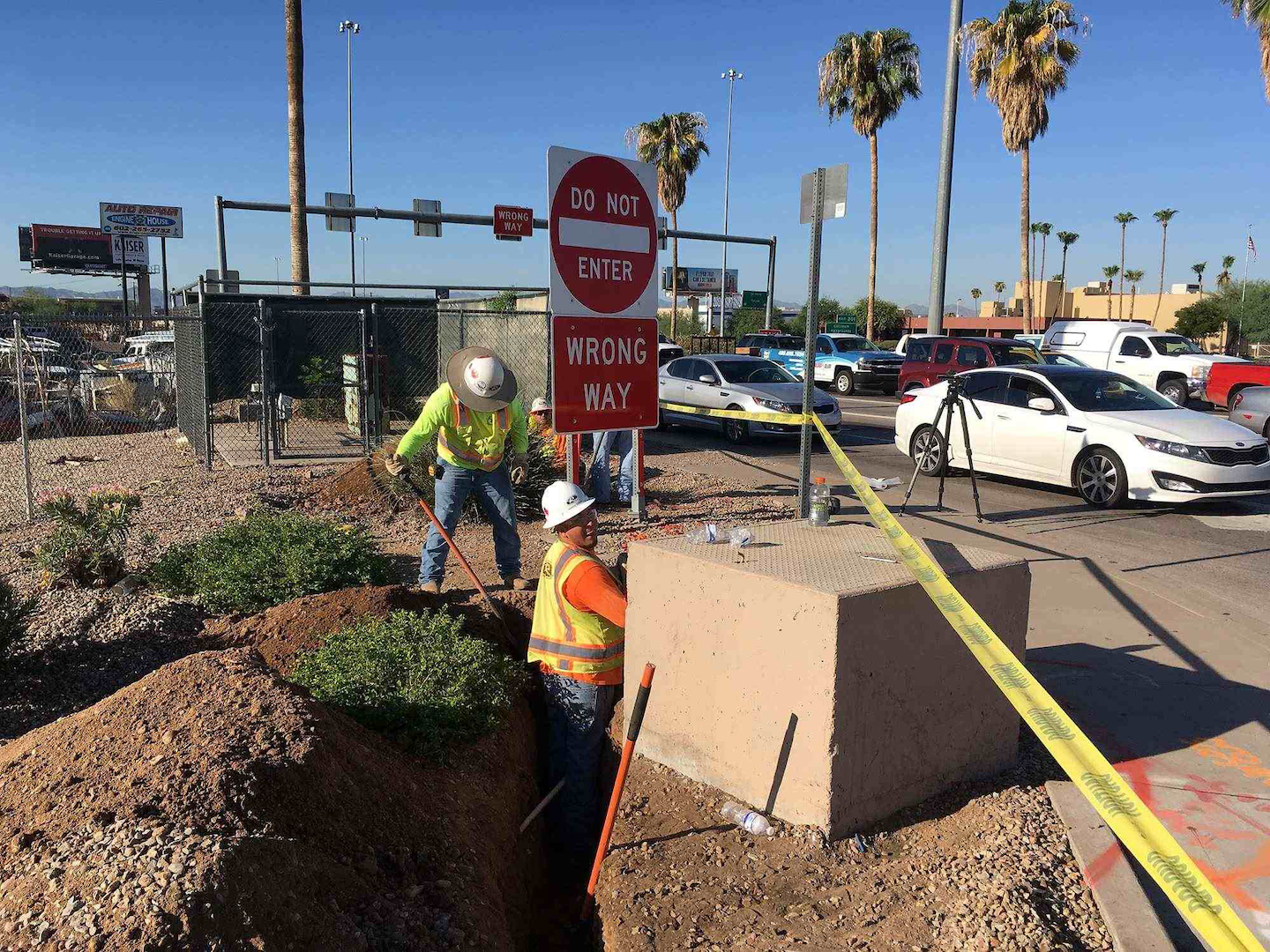 Signs are going up on Interstate 17 in Phoenix to alert drivers to the proper direction to drive. The overhead “Wrong Way” signs are part of a new system that would be the first in the nation to use thermal cameras to detect and warn wrong-way drivers. 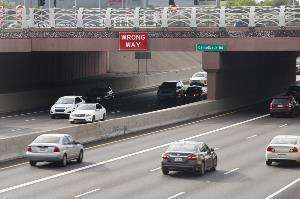 After posting large, red wrong way signs, ADOT will implement a system using thermal cameras to alert drivers traveling the wrong direction on I-17 in Phoenix.

Installation of the system began earlier this year and it is expected to be operational early next year on 15 miles of I-17 between I-10 and Loop 101, the Arizona Department of Transportation says.

ADOT says it put the 8-foot by 5-foot signs in areas most likely to catch drivers’ attention.

“They are mounted above the left lanes of the freeway because research has shown that wrong-way drivers, most of whom are impaired, likely will be traveling in those lanes,” the agency says.

Eventually, thermal cameras will be activated on I-17 off-ramps. They will alert ADOT and Arizona Department of Public Safety personnel and post warning messages on an illuminated, flashing wrong-way sign on the ramp to try to get errant drivers’ attention.