As the Trump administration continues to look for ways to pay for a $1 trillion infrastructure plan, news outlets are reporting that it is considering raising the federal gas tax.

The news came out of a private meeting October 25 between Trump economic adviser Gary Cohn and moderate House lawmakers, according to The Hill.

The Hill also reports that “an industry source” told it “the White House intends to back a 7-cent gas tax increase to pay for U.S. roads, bridges, highways and other public works.”

So far, though, Trump’s infrastructure plan has gained little traction in Congress, where debates on tax reform, Obamacare and other issues have dominated the political agenda.

Trump had previously discussed funding the plan through public-private partnerships, but in September seemed to back off that idea over a concern about the failure of such partnerships.

The federal gas tax was last increased in 1993 and sits at 18.4 cents per gallon. The federal tax on diesel is 24.4 cent per gallon. More than half of all U.S. states have raised their respective fuel taxes in the last four years. 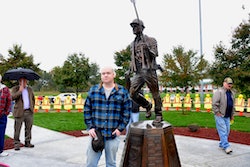 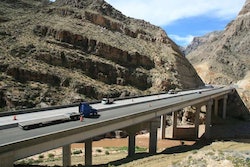