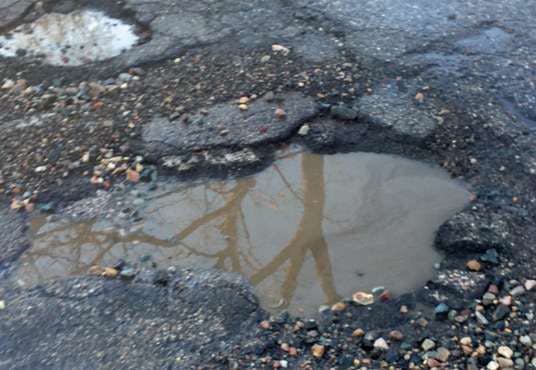 Morgantown inventor and former West Virginia Secretary of Transportation Samuel G. Bonasso and his partner, Jim Matuga, have developed what they say is a long-term repair for potholes called the Pothole Terminator by Mechanical Concrete, and they hope the West Virginia Division of Highways will begin using it.

“We’ve got a long-term, permanent solution that can actually reduce the costs of road maintenance,” Bonasso told The State Journal. “We can do a 3×3 pothole for less than $100, and it will last indefinitely.”

Bonasso came up with the idea during his tenure as Transportation Secretary, and later developed the now-patented Mechanical Concrete innovation.

“The Legislature gave us a bunch of scrap tires to get rid of,” Bonaso told the news agency. “I asked the engineers, ‘Why couldn’t you just bury them in the base of the road?’ They said, ‘You can’t because they will retain water.’ I spent four years trying to figure out how to get rid of both problems.”

The Pothole Terminator involves the placement of crushed stone inside an old tire with its sidewalls removed, after which it is covered up. “So when you confine this aggregate, it’s solid; it’s not going anywhere,” Matuga told the news agency. “You can put asphalt, concrete or even more stone over it.”

Once the Pothole Terminator is installed, the area is permeable, allowing water to run through it without causing damage, much like a French drain. It prevents ground and surface water from penetrating or damaging the roadway base.

The Pothole Terminator’s inventors say their invention is not only a cost-effective solution for potholes, but it’s also environmentally friendly.

Bridge worker falls to his death in North Carolina 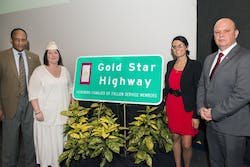 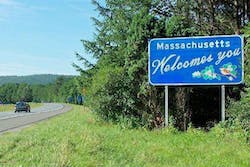