The Arizona Department of Transportation (ADOT) is holding a contest soliciting for safety messages to be placed on the agency’s overhead sings above state highways. 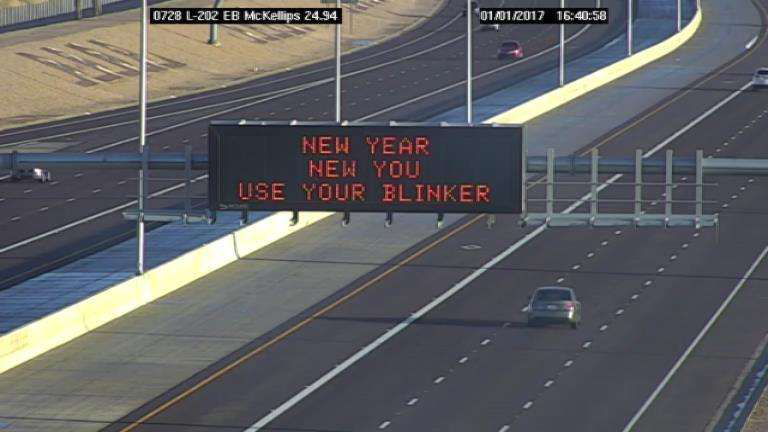 The department first began using what it calls “unconventional safety messages” on these boards more than a year ago to “kick-start a change in social acceptance” of dangerous driving behaviors, including driving while impaired or distractive, as well as speeding and aggressive driving.

“At ADOT, we bring up the example of imagining someone walking into a preschool and lighting up a cigarette,” says ADOT Deputy Director for Policy Kevin Biesty. “Forget that it’s illegal; it’s completely socially unacceptable. No one would ever even think to do that and if they did they’d be ostracized. That’s what we want to see happen to drivers that choose to make roads less safe for all of us. Tell them it’s not OK and it can’t happen anymore. We want to get to a point where impaired driving, distracted driving, speeding and aggressive driving are socially unacceptable and the messages ADOT displays on signs are a good way to start those conversations.”

The agency will allow multiple submissions to azdot.gov/signcontest that follow these guidelines:

ADOT will accept submissions until Feb. 19, after which they will be review and narrowed down to 15 messages. These will be posted to the agency’s website in March so the public can select a winner. ADOT says the winning message will be displayed on the signs for two days in April.