“It just creates the perfect storm for potholes,” Mike Lanz of the Idaho Transportation Department told the news agency, referring to the freeze-thaw conditions.

Although the potholes aren’t too deep, there are lots of them, and some drivers have reported having blowouts. Filling the potholes isn’t easy, however, as ITD says the fill mixture hasn’t been holding up due to wet, cold temperatures.

“The biggest issue that we have right now is all of our forces are in plow trucks and deicers,” Lanz told the news agency. “That’s a tough task to balance between filling potholes and taking care of the slick conditions.”

ITD has been paving four different parts of the highway through the Coeur d’Alene area as a quick fix, but laying asphalt this time of year is not ideal. Some of the asphalt work has been contracted out due to department personnel being busy maintaining the roads in icy conditions. But there is good news, ITD told the news agency that it plans to completely rebuild that stretch of highway over the next two summers. 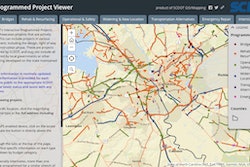 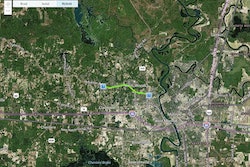 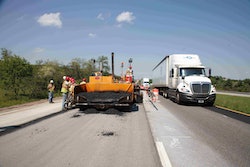