Editor’s Note: The following Editorial was written by the Iowa Department of Transportation.

For Iowa Department of Transportation (Iowa DOT) inspectors, tablets are quickly becoming the most essential tool on a construction project.

In 2015, inspectors began the transition to 100 percent paperless construction management to increase project efficiency. In addition to being a smarter way to do business, a paperless process will provide improved transparency and increased partnership with our customers, eventually modernizing the workflows, saving time, and receiving better data to help the Iowa DOT save money.

The agency conducted a pilot project over the 2016 construction season. Information about each concrete load being delivered to that project was tracked and recorded electronically. Although this year’s “proof of concept” pilot electronically followed concrete load information for only one project, Greg Mulder, director of the Iowa DOT’s Construction and Materials office, says the success of the concrete tracking, in addition to the success already achieved with tracking asphalt shipments online, almost guarantees an expansion of the electronic processes next year.

The cloud-based system for tracking concrete loads gives Concrete Supply (CSI), of Des Moines, and the Iowa DOT inspectors and supervisors information they need in real time. Anyone with access to the system can track trucks using Google Maps, retrieve and review load tickets from any internet-connected device, and customize reports for each person’s needs.

Mulder explains how the system works, “Each driver has a tablet computer. Each concrete truck has a QR code the driver will scan using the tablet. This connects the driver to that truck. When the truck is loaded, all relevant load data is automatically entered into the system and can be viewed on the tablet.”

CSI partnered with the Iowa DOT on the proof of concept project. Tim Janssen, with CSI, said, “These mobile tablets will become our driver’s best friends. They can do just about everything our employees need. They serve as company time clocks allowing drivers to clock in and out on the device, are used as two way radios, and provide turn-by-turn navigation. Communication is better because we can text or call the driver.”

Communication with customers and increased efficiency are other benefits Janssen sees using the electronic ticketing. He said, “Using the tablets also provides our GPS for tracking, which automatically updates scheduling systems for dispatchers to schedule and deliver concrete to our customers. We have the ability to send out automatic emails and texts when orders are placed, deliveries are loaded, and orders are completed. Customers can sign in and track their trucks to the job. Our dispatch usually takes three or four calls per order. We believe this will be cut in half when they can review and get on demand information from the cloud.”

Mulder continued, “Iowa DOT inspectors on the jobsite also have access to this information in real time. They can see where each truck is to time out deliveries. If you’ve ever worked with concrete, you know it hardens over time. There is a window in which the concrete must be poured for it to be acceptable to use on one of our projects. Now the inspector can more closely monitor the timing of deliveries for quality control.”

Mulder says another benefit of electronic record keeping is that all the data is in one place and easily accessible. All record keeping can be done in the cloud, so there are no paper tickets to be misplaced. If a tablet malfunctions, it’s simple and relatively inexpensive to replace it with no loss of information.”

Viewing reports is also simplified using the electronic records. Mulder says the inspectors on the jobsite can add their notes directly into the system, which allows immediate access to the information.  These notes, along with daily reports and summaries, can been viewed by the contractors to keep an open line of communication.

The next step in the pilot project is to automate the recording of when and how much water is added to the concrete. “Right now, it is up to the truck driver or project inspector to record the amount of water added,” said Mulder. “This is an important piece of data to track as the quality of the concrete mix is dependent on moisture content. We’re working to get sensors placed on the trucks that will automatically record the amount and time when water is added to a concrete mix.”

Startup costs for the initial pilot project was minimal, as the Iowa DOT inspectors were already using tablets as part of their daily routine. Mulder said, “It will take some time for all the concrete suppliers, especially smaller companies, to sign on to any new process, since many of them are not currently providing their drivers with tablets for their daily work. We plan to continue working with our industry partners to improve the systems we use to get the best possible product for Iowa DOT projects.” 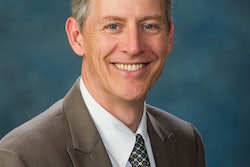 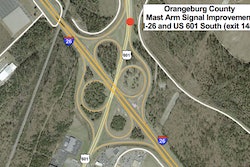 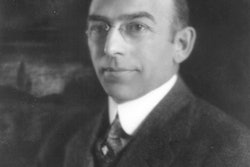 Eisenhower, founders of Caterpillar among ARTBA inductees for Transportation Development Hall of Fame