As winter maintenance costs rise, the Michigan Department of Transportation (MDOT) is looking into innovative approaches to increase snow removal efficiency. As part of this effort, the department recently estimated the costs and benefits of incorporating tow plows into its equipment fleet.

Results show that tow plows remove snow just as well as standard plows while reducing delays for the traveling public and the costs associated with these delays. When tow plows are deployed strategically in a winter maintenance fleet, they also have the potential to reduce the total direct costs of labor and salt.

In winter 2015, MDOT spent more than $3,000 per lane mile on plowing and salting Michigan roadways. As winter maintenance costs continue to rise, MDOT has begun implementing a number of innovative approaches to lowering these costs. This includes the use of the tow plow, a trailer-mounted plow towed behind and to the side of a standard winter maintenance truck, allowing snow to be cleared from two lanes at once.

By clearing a 25-foot-wide path instead of the 12-foot-wide path of a front plow, the tow plow can clear multilane highways in two to three passes instead of four to five passes required by a single plow. This approach has the potential to save 27 to 65 percent in the total costs for plowing, including both direct costs and the costs of travel delays.

MDOT set out to estimate the costs and benefits of incorporating tow plows into its winter maintenance equipment fleet, and to determine the most effective way of using these plows in terms of overall cost, mobility challenges and the safety of the traveling public.

As part of this project, researchers performed a literature review and a survey of winter weather states to assess their use of tow plows. Then they compared the effectiveness of tow plows to standard plows by collecting data on their operating speeds as well as the condition and friction of pavements after plowing. In addition, researchers used winter maintenance cost data to conduct a cost-benefit analysis for both types of plows. This analysis relied on data from several MDOT garages, including number of driver hours, amount of salt and other materials used, and other details related to winter storms.

Results showed that tow plows are just as effective at snow removal as regular plows, reduce travel delays and significantly lower delay costs to the traveling public. With the right equipment configuration in a fleet, they can also lead to significant savings in direct costs.

Survey and literature review results revealed that a number of transportation agencies across the United States had used tow plows successfully to provide the same level of service with less staff and lower snow removal times. The field evaluation showed no differences in pavement friction behind tow plows as compared to regular plows, suggesting they both have the same snow removal effectiveness. Field results also showed that both regular plows and tow plows operated in the same speed range. Although traffic behind the tow plows generally was congested during plowing, the overall vehicle delay along these routes during winter events was significantly less than when only regular plows were used.

The cost-benefit analysis showed that assuming the use of 17 tow plows on MDOT-maintained four- and six-lane expressways, MDOT could save $1.9 million annually in direct costs, such as salt, equipment, and labor. Savings are significantly higher when accounting for reductions in travel delays.

Researchers recommended using tow plows on four- or six-lane expressways for storms with snowfall of 1 inch or more, and provided further recommendations for the number of regular plows to use in conjunction with the tow plow depending on the amount of snowfall and the number of lanes to be cleared.

Along with reducing winter maintenance costs and travel delays, tow plows can increase public safety and reduce plow driver fatigue by lowering the amount of time plows spend on the road. MDOT will continue to collect data on the effectiveness of tow plows as the agency determines whether to expand tow plow use within Michigan and identifies which interstates would benefit most from tow plow use. This project also involved the development of a tow plow training video, which will help MDOT more effectively instruct operators on the use of this promising technology.

This research report summary provided by the Michigan Department of Transportation. The full report is available here. 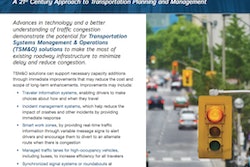 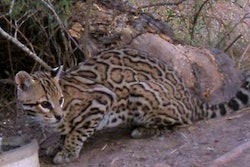 TxDOT teams up with the U.S. Fish & Wildlife Service to protect ocelots