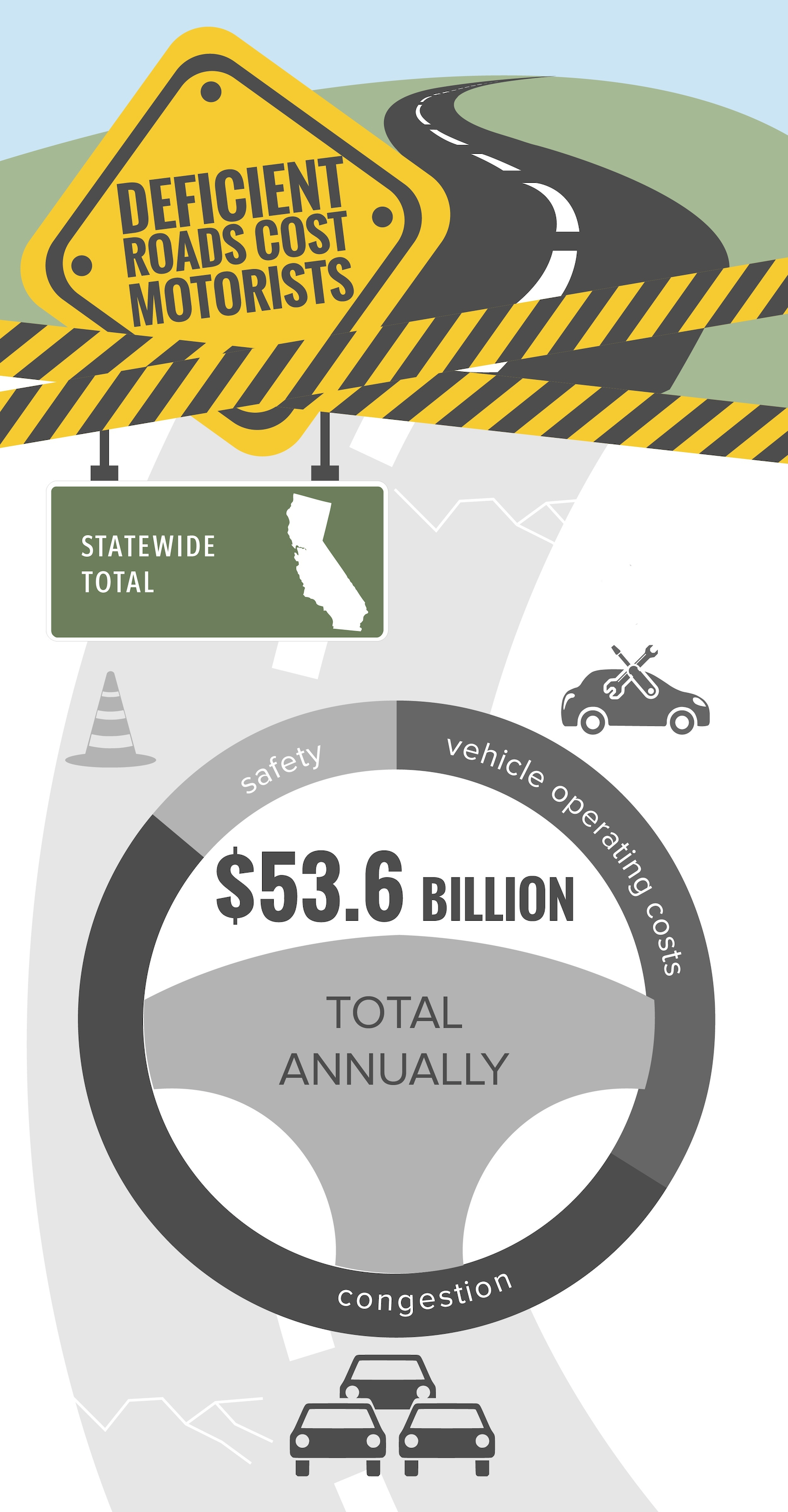 California motorists are hit with $53.6 billion per year in additional costs due to congested roads and deteriorating road conditions, according to a recent report by The Road Improvement Program (TRIP).

“The TRIP report confirms what everyone in California knows: the transportation system in this state is in bad shape,” says Will Kempton, executive director of Transportation California. “It is past time for our elected officials in Sacramento to step up and deal with this problem.”

The report finds that rough roads are responsible for $18.3 billion (34.14 percent) of the total, in the form of accelerated vehicle depreciation, additional repair costs and increased fuel consumption and tire wear.

The average per driver varies across the state, but the Los Angeles-Long Beach-Santa Ana area holds the highest, at $2,826 per driver.

TRIP finds 37 percent of the state’s major locally and state maintained roads are in poor condition, with 42 percent being in mediocre to fair condition and 21 percent in good condition.

“These conditions are only going to get worse if greater funding is not made available at the state and local levels,” says Will Wilkins, TRIP’s executive director. “Without adequate investment, California’s transportation system will become increasingly deteriorated and congested, hampering economic growth and the quality of life of the state’s residents.”