Florida Turnpike named an Engineering Project of the Century 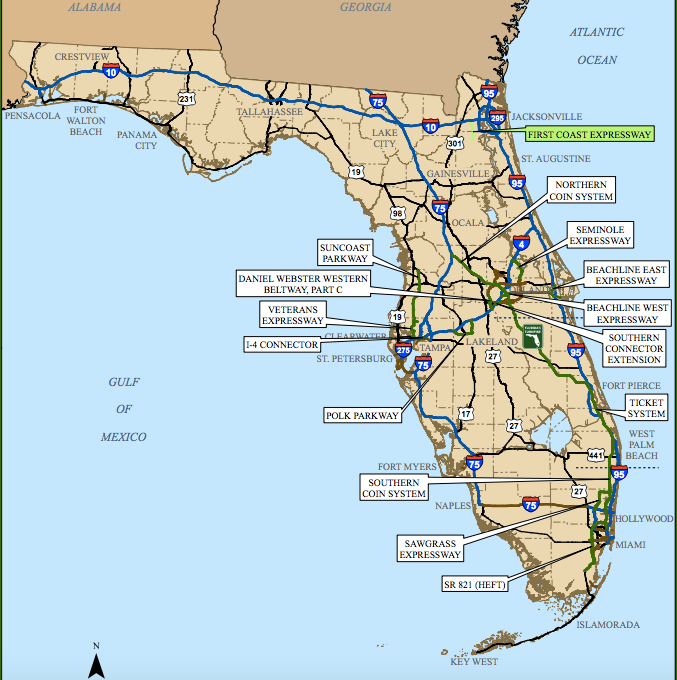 The Florida Engineering Society (FES), which is celebrating is 100th anniversary, recently named the Florida Department of Transportation’s Florida Turnpike System as one of its Engineering Projects of the Century.

FES has designated nine “stellar” Engineering Projects of the Century as part of its effort to emphasize “A Century of Innovation” illustrating the “evolution of engineering throughout the state of Florida.”

“These engineering projects illustrate the long-term engineering solutions that provide clean water, electricity, transportation, and other engineering marvels we rely on every day, as well as demonstrate engineering excellence in their local communities” FES says.

Turnpike officials say an average of 1.8 million motorists travel on the system daily.

Major milestones of the Florida Turnpike System include: