A boulder the size of a small car hit two semi-trucks on Interstate 70 in Colorado during a rockslide that shut down the highway.

The Denver Post reported that the rockslide on Monday night in Glenwood Canyon didn’t injure anyone, but did divert traffic 146 miles east of the Utah Boarder after the Colorado Department of Transportation shut down traffic for 24 miles.

The closure sends the average of 300 vehicles that travel the canyon each hour on a nearly four-hour detour. CDOT planned to use use a helicopter to assess the damage and decide if the canyon walls are stable enough for traffic to resume.

According to a foll0w-up from the Post, the highway is expected to reopen partially Thursday afternoon “with traffic alternating each direction in the eastbound lanes.” It may be up to a week before both directions reopen.

The rockslide actually marked the second in the location on the same day after one earlier that morning closed lanes on the highway.

“There have been problems in there even when it was (U.S.) 6 before the interstate. It’s just the nature of the terrain,” Colorado Geological Survey geologist Jonathan White said. “… When you drive along the canyon, you can see all these steep slopes are nothing but broken rock.”

According to KRQE, the truck driver saw a car in front of his semi disappear in a cloud of dust along Interstate 70 just before he hit the car-sized boulder head-on. But he was able to walk away without any injuries. 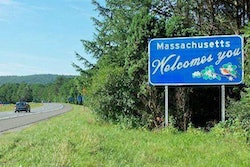 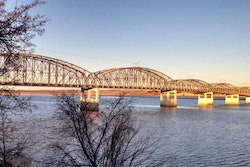 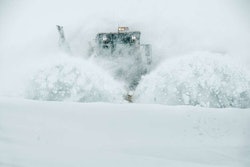 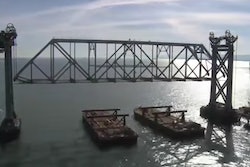