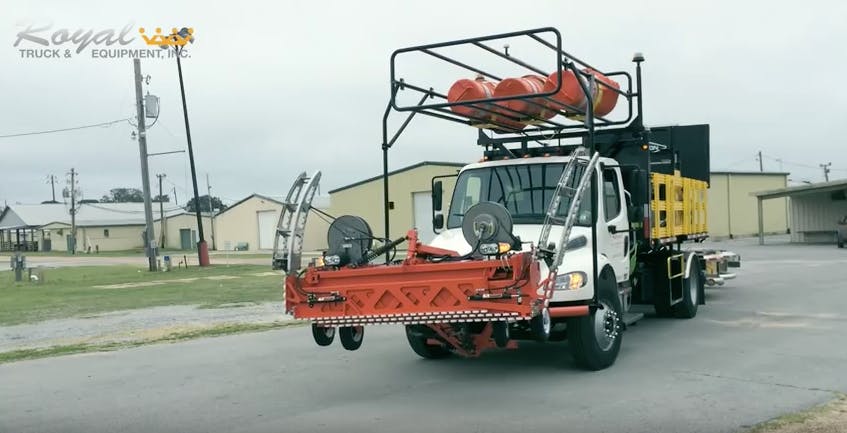 Autonomous vehicles are nothing new by now, but what two companies have teamed up to develop in this new-technology space is: a vehicle that combines driverless capability with a truck designed to improved safety in highway work zones. 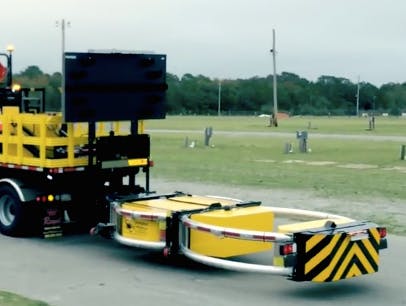 Pennsylvania-based Royal Truck & Equipment and Florida-based Micro Systems have created an Autonomous Truck Mounted Attenuator (ATMA) vehicle. It makes use of Royal Truck’s attenuator safety feature, which mounts on the rear of a truck and cushions impact in the event of a vehicle crash there, and Micro Systems’ autonomous operation technology.

In addition to remote driving, the new truck uses what’s described as “leader-follower” technology, which allows it to follow another vehicle, mimicking the speed and turns of the lead vehicle.

This week Royal demonstrated its new ATMA truck in Bethlehem, Pennsylvania, and says it’s partnering with the Florida Department of Transportation in a pilot program to further develop the product for work zones. Testing could begin this December, according to a statement by company president Robert Roy in a LVB.com report.

“The pilot program will yield a significant amount of never-before captured data regarding the automation of road construction vehicles and the utilization of these vehicles in work zones,” Roy said in the report.

The plan is to add the autonomous technology to two trucks fitted with attenuators and test them in closed work zones, meaning little potential for traffic to collide with the test vehicles. Micro Systems also will be involved in the data collection

Royal Truck & Equipment uses Scorpion attenuators on its TMA vehicles and claims the new system is the first driverless truck mounted attenuator truck in the U.S. 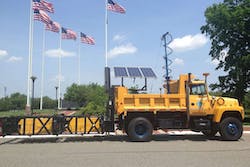 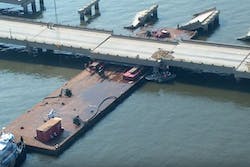 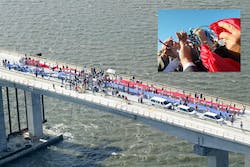 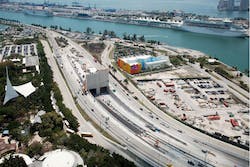