Another Highway Trust Fund deadline is fast approaching, and the looming loss of funds has some U.S. Senators reaching across the isle to get a deal done.

The Developing a Reliable and Innovative Vision for the Economy (DRIVE) builds on the MAP-21 legislation from 2012 and ups the amount of funding set to go towards the maintenance and expansion of America’s highways and bridges. Under the new bill, transportation spending would increase to $45.5 billion by 2022.

The bill does not, however, specify how the funds will be raised.

“I am proud of the bipartisan work that has culminated in a six-year surface transportation reauthorization,” Inhofe said in a press release. “Our nation’s roads and highways have suffered under too many short-term extensions, which have led to higher costs, more waste, and less capability to prioritize major modernization projects to address growing demands on our interstates.

“The DRIVE Act will provide states and local communities with the certainty they deserve to plan and construct infrastructure projects efficiently. This bipartisan bill also contains the hallmark accomplishment of a new freight program to prioritize federal spending on the facilities that will most directly benefit our economy, in addition to prioritizing federal dollars towards bridge safety and the interstate system. The DRIVE Act will help set the tone for America’s economic future by putting our nation back on the map as the best place to do business.”

The National Stone, Sand and Gravel Association lauded the bipartisan bill as “solid first step toward a long-term highway bill.”

“Finally, there is progress to put America’s infrastructure back to where it needs to be so we can grow the economy and create jobs,” NSSGA president and CEO Michael W. Johnson said.

Johnson also cautioned, however, that Congress still needs to find a way to pay for a bill with a price tag well over $250 billion.

The bill next goes to the Senate Finance Committee.

From the summary of the bill, here are the highlights: 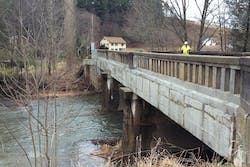 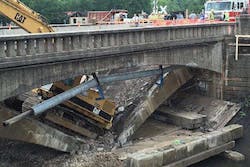 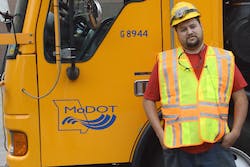