With a new majority in the House, a new chairman and many new members of the House Transportation and Infrastructure Committee, as well as a changing national economic picture, it is worth asking the question, “What’s ahead for transportation in 2011?”

The American Association of State Highway and Transportation Officials (AASHTO) has compiled a list of issues that loom at the local, state, and federal levels.

“We are urging Congress to write a balanced bill next year that meets the needs of preservation and new capacity, meets the needs of rural and urban America, and meets the needs for highways as well as transit,” says John Horsley, AASHTO’s executive director, in a written statement. “If we get a bill passed with these elements, we have a shot of meeting the country’s needs.

“It’s important to remember that for every dollar that we don’t spend today to preserve highways, five years from now it will cost us $7,” Horsley continues. “In addition, President Obama wants exports to lead our national economic recovery. But you can’t move goods competitively to markets without a solid aviation, water, and rail system, and if we let those systems decline further, we won’t be able to sustain that export-led growth. Bottom line: It’s vital to the national economic recovery to have a world-class transportation system.”

Here’s a look at the top 10 transportation topics that we think will be part of the national conversation in 2011 – in the media, in government, and around the dinner table.

In 2010, there was a lot of talk about the need for a new long-term transportation bill, but in the end, Congress opted for a short-term extension until March 4 of the existing law. Rep. John Mica (R-Fla.), new chairman of the House Transportation and Infrastructure Committee, has said he would like a new bill ready for consideration in the spring. Short-term extensions can create difficulties for state departments of transportation who must juggle major, multi-year public works projects such as reconstructing bridges or interchanges. In addition, these projects require that states have secure, long-term financing before any contracts can be signed. A multitude of associations, states, counties, cities, businesses and highway users will continue to work to ensure that a balanced, long-term and multi-year bill is adopted in 2011.

Although the need to pass a long-term bill is a significant priority for the country, the question often comes back to how we pay for it at the federal, state and local levels. Many states are facing severe cutbacks in funding used to match the federal contribution, compounding the overall funding problem. Work is expected to continue in the next Congress to adopt a series of sustainable funding sources for transportation infrastructure; identify state and federal responsibilities for the funding of transportation; and create innovative financing options such as infrastructure banks, public-private partnerships or subsidized bonding programs.

Deaths from traffic accidents dropped significantly in 2010, but so did the number of cars and trucks on the highways. As the economy turns around, keeping our roads safe will be an ongoing challenge. In 2010, much of the emphasis from the U.S Department of Transportation and state DOTs focused on distracted driving. These efforts will continue. But in 2011, transportation agencies will have a chance to join with a national roadway safety effort – Toward Zero Deaths – intended to eliminate roadway fatalities completely. Toward Zero Deaths will be unveiled in 2011, and will take a comprehensive approach that combines aspects of new technology, roadway design, law enforcement, and cultural change to achieve this goal.

State DOTs are working closely with railroads, Amtrak, and the Federal Railroad Administration to deliver on $8 billion in investment in high-speed and intercity passenger rail included in the 2009 American Recovery and Reinvestment Act, as well as another $2.5 billion allocated to state programs in 2010 under the Passenger Rail Investment and Improvement Act. As a result, states and their contractors are gearing up to begin work on an unprecedented level of investment in our nation’s passenger rail system. Whether it is establishing a right-of-way for a new high-speed rail line, improving or expanding an existing intercity passenger rail line, or developing standards for rail cars that will boost American manufacturing, states are building passenger rail aimed at generating more convenient options for travelers.

2011 could mark the beginning of the era of smart cars, smart roads and smart construction. More “smart cars” on the road will help increase safety for all of us. And with new “whiz-bang” technologies using specialized materials, updated techniques and innovation, road builders and the transportation construction industry will be able to speed-up construction, reduce costs, and increase safety. AASHTO’s new Green Book – A Policy on Geometric Design of Highways and Streets, the bible of transportation engineering – will be published in early summer. In addition, the next generation of air traffic controls – based on global-positioning satellite technology (GPS) instead of radar – will smooth air travel.

Grain grown in Nebraska moves by truck to a nearby railhead in Kansas, where it is loaded and sent to a barge floating down the Mississippi. Once at the international Port of New Orleans, it is sent to countries around the globe, part of an integrated system that depends on a well functioning transportation system. Problems such as too-narrow country roads, congested freeways, old, worn-out levees and ports with limited access pose significant challenges to our economic future. With the widening of the Panama Canal by 2014, ports along the eastern seaboard and in the Gulf of Mexico are gearing up to serve larger ships, that, in turn,will cut container shipment time from Asia to the Eastern United States, while placing new burdens on the existing and aging transportation system. 2011 could also be the year in which the United States adopts a national multi-modal freight plan.

Under the aegis of the Clean Water Act, the U.S. Environmental Protection Agency is proposing more stringent rules to control stormwater from transportation sources. Other regulations addressing air quality and other transportation-related issues are also expected in the year ahead, adding new challenges and financial pressures on construction, maintenance, and preservation. State departments of transportation are looking closely at their existing programs and many are instituting promising practices to address these new challenges.

The Nebraska Department of Roads created a YouTube video that features some of its recent transportation construction projects set to original guitar licks. Washington State DOT has more than 12,000 Twitter followers. Fifteen states and 24 metropolitan areas along the I-95 Corridor, participate in www.i95travelinfo.net , and are offering speed and congestion information to travelers. Social media has hit the state departments of transportation, and in a big way. “Know Before You Go,” transparency, and information are the hallmarks of the new outreach, and drivers are clamoring for more. Ahead: more targeted use of social media, with better communication and information being the end result.

With the advent of electric vehicles, charging stations will begin to pop up to allow the driver to connect to the grid where vehicles park-street-side, garage or parking lot-and provide the car’s onboard charger with the electricity it needs to refill the battery. AASHTO is working with the Pew Center on Global Climate Change on a project to integrate plug-in electric vehicles with the U.S. electricity grid, nationwide. Elsewhere in the transportation sector, opportunities to support energy and climate goals include vehicle technology, alternative fuels, transportation system operation and driver behavior, and reducing travel demand.

The Federal Highway Administration has reimbursed states and local governments almost $16.8 billion for thousands of projects completed under the American Recovery and Reinvestment Act (ARRA), a.k.a. “the stimulus.” As a result, Wyoming has paid out 94 percent of its ARRA highway funds, the most of any state. Oklahoma, South Dakota, Iowa, and Vermont have also spent more than 90% of their ARRA money. Twelve other states have spent 80 percent of their allocations. Which leaves two questions: With no additional funding coming to states for transportation projects, what’s ahead for small (and large) transportation construction businesses and their workers in 2011? And how will state DOTs respond to their backlog of aging road, bridge, and transit projects? Examples of state projects and more data at https://recovery.transportation.org/. 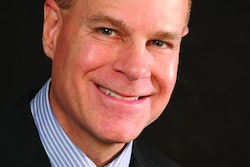 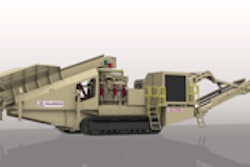 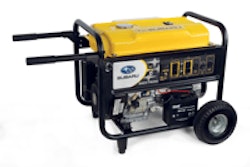