Media reports in November speculated that John Mica [R-Fla.], the incoming chairman of the House Transportation and Infrastructure Committee, will oppose any increase in the federal highway program, opting instead for system efficiencies and focusing highway trust fund dollars strictly on roads and bridges.

If you don’t think there’s a road and bridge crisis in America, then that is the perfect strategy. You can seem to be doing something positive without doing anything at all. The dollars currently going to bike trails and mass transit comprise a tiny fraction of the spending needed to relieve congestion and restore structural integrity to thousands of bridges and thousands of miles of highways.

Not that the Senate will ever agree to a highway program that eliminates federal funds for mass transit and bike paths. Nor would President Obama be likely to sign such a bill. For decades, the federal transportation program has been the product of a nonpartisan effort in Congress by addressing the interests of many constituencies. City dwellers pay for more miles of roads than rural people, but they get some mass transit dollars. Environmentalists don’t like roads, but they get trails and bike paths. Conservatives don’t like taxes, especially federal taxes, but the fuel tax goes back to the states and specifically into transportation projects, not bureaucratic overhead.

If Mica’s purported strategy comes to pass, it will succeed mainly in destroying the bipartisan foundation for the transportation program, and probably in delaying passage of a meaningful bill.

What little hope there is for the American transportation system rests with new House speaker John Boehner [R-Ohio]. While Boehner is as much of an anti-tax conservative as anyone in the Capitol, he may also feel the need to create jobs to fuel continued Republican gains in the House and Senate. Failure to create jobs was one of the main reasons the Democrats lost so heavily in November.

The most deficit-efficient way to stimulate jobs is to pass a five- or six-year road program with a fuel tax increase of a nickel or a dime. You add nothing to the deficit, you increase the impact of the road program by a huge amount, and the long-term program encourages states to launch large, multi-year jobs — the kind that generate a lot of jobs. Ideologues will whine about the effect on the economy, but that’s a red herring — vehicle miles driven are trending upwards despite record unemployment, skyrocketing fuel costs, and the lingering shadow of the worst recession in a half-century. Clearly, gasoline prices have little or no affect on consumer habits.

Tax increases of any kind tend to make Republican pols wet their pants, but if Boehner wants the jobs, he could get Obama and the Democrats to share the blame. And if he wanted the jobs, he would have the Ronald Reagan example to use in justifying his actions. And if the Speaker of the House wants the program, the chairman of the T&I Committee will comply.

It’s unlikely Boehner would pursue such a course, and that’s a pity. In addition to creating jobs and addressing a severe infrastructure problem, it would resuscitate the Republican Party as a problem-solving group – something it has not been for many years.v 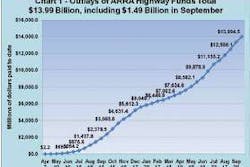 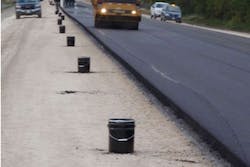 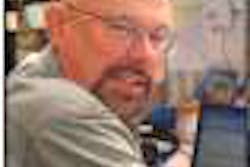 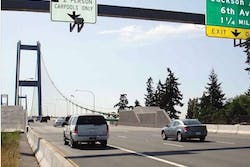