By the time you read this, the election season will be over. I’ll be feeling like a deer at the end of the hunting season. I can answer my phone again. No more machine-dialed calls bringing a nightly barrage of political venom and assurances that my money is the only thing that will save us from the certain destruction that awaits us if the other candidate wins.

I abhor the loss of privacy the election season brings — it is my punishment for contributing to candidates in both parties in past. But what is far more troubling is that this stuff works. Candidates raise money and win votes with incendiary five-word slogans and/or 50-word sound-bites of thoughtless drivel.

Democrat slogans talk about job creation, but the easiest, most deficit-neutral, and most cost-effective job-creation bill they could have passed in the first two years of the Obama Administration was an expanded federal highway program based on a 10-cent (or more) increase in the federal fuel tax. They dodged the tax issue just as the Bush Administration did. Result: no credibility on sustainable job creation.

Republican and Libertarian slogans posit that all our troubles will go away if we cut spending and reduce the size of government. This is a fantasy. To believe it, you have to believe there was no banking crisis, no imminent collapse of the financial system two years ago. You have to believe our fine financial institutions and the rest of corporate America will deliver us from evil if we just keep government out of their way. These slogans propose the kind of government you find in banana republics. Result: no credibility on problem solving.

My personal favorite slogan holds that what we really need to do is run government like business. This is a favorite of centrist Republicans and Democrats because it promises to eliminate waste without actually saying what waste is.

What’s funny is that anyone who has toiled in the trenches for a large corporation can tell you that the main difference between corporate waste and government waste is visibility. Large corporations can hide a lot of waste and shareholders don’t care as long as the stock performs well. In fact, that’s why they’re shareholders — they just want the dough.

Citizens, on the other hand, can get very prickly about perceived waste.

When you look at it that way, corporate waste and government waste go together like a mortise and tenon joint.

Attempted humor aside, we citizens need a better model for our government than corporate America. Government isn’t a business. It is the only thing we do together. It is all that unites us. Our challenge isn’t to make it bigger or smaller, it is to make it better.

Have we just elected a crop of politicians to Congress and the statehouses across the country who will make government better? Not likely. Chances are, they’re just the people who had the deepest pockets or the more effective slogans. We don’t know anything about how they’ll govern. Just like last time and the time before that and so on.

I think the fault lies not with the pols themselves, but with us citizens. If all it takes to get our money and our votes is a five-word slogan and a few sound bites of character assassination, we deserve what we get.v 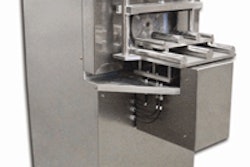