The California Air Resources Board and the Associated General Contractors of America say they’ve opened a new agency-industry dialogue with today’s announcement that CARB has delayed enforcement of its off-highway emissions rule until January, 2014.

“In a sense,” said Mary Nichols, CARB board chair, “there’s some good news coming out of the recession because it’s given us more time to address this problem,” during a media conference call today. “It was a complicated rule,” she admitted. The new deadlines will give the agency “time to make it comprehensible and sensible.”

In addition to the deadline push back, CARB says it will simplify compliance options, increase the number of low-use equipment exempted from the rule, provide simpler compliance options for the smallest fleets, extend benefits for companies that comply before their deadline and lower annual requirements to clean up engines.

CARB had just presented a series of workshops to the industry that reflected different enforcement dates.CARB Board Chair Mary Nichols, however, said today in a conference call that the “fundamental proposal is exactly as seen at the workshops.”

“We would have preferred the process had moved faster,” said Michael Kennedy, AGC’s general counsel, “but the CARB staff did sit down and reexamine the evidence,” concluding the industry’s emissions were “far lower than anyone anticipated. They’re now focusing on the need to allow the construction industry some additional time to get back on its feet. It’s been a long road, but we’re pleased with the outcome and remain committed to doing our part” in diesel emissions reductions.

When asked about the conflicting inventories and numbers purported by the industry and CARB, Nichols said, “We’re now moving forward and we’re not in the business of attacking each other’s studies. There are ways we can learn more about the construction industry, and what equipment is used.”

Kennedy added: “It would be a mistake to give the impression that nothing will happen before 2014. You’ll see a considerable amount of activity” within the construction industry to reduce emissions. “But this gives contractors a way to make rational plans, and provides a level of predictability.”

“This good news for the entire construction industry, since California is the bellweather for  emissions regulations,” says Bill Davis, executive vice president of the Southern California Construction Industry. “We’re happy that CARB has recognized the work that AGC and the Construction Industry Air Quality Coalition did to illustrate that our fleets were over regulated by this rule. The rule is not going away, but now it’s possible to survive it.” 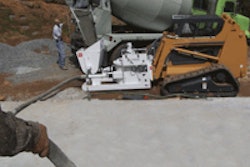 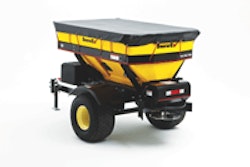 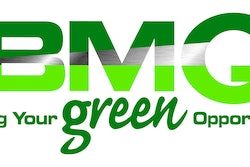