by Jeff Winke, written on behalf of Trimble

The National Road Authority in Ireland has a plan. It intends to upgrade the N18 Limerick to Galway road to a new two-lane highway with hard shoulder. Lollygagging sheep beware.

Currently, work being done on a $1.2 million, 14-mile section extending from Ballinger’s Corner, north of Gort to Cragard, south of Crusheen, where it will tie into the existing N18 Ennis bypass. The project also includes a six-mile local road realignment, seven miles of accommodation access tracks, 14 new bridges, a grade-separated junction, and an at-grade roundabout junction.

The route selection, Environmental Impact Assessment, and roadway design were all completed by Babtie Pettit, Ltd., Limerick, Ireland. The proposed road plan was designed with the following objectives:

About 425 acres of land will be required for construction of the road, which is expected to take three years. The joint venture between Siac Construction based in Dublin, Ireland, and the civil engineering contractor Wills Bros Ltd. from County Mayo, Ireland, was responsible for building the roadway.

Leicestershire, England-based Bardon Composite Pavements, part of the Aggregate Industries group of companies, won the contract to mix and place 94,000 cubic yards of cement bound granular materials (CBGM) base and complete the finished road surface with a blacktop that is bonded to the CBGM.

“To supply the CBGM required, we put a production facility on site to mix the raw aggregates for the 7-inch sub-base layer,” says Richard Needham, operations director for Bardon Composite Pavements.  “This sub-base is critical because it is the main load-bearing layer of the road construction.”

The Siac / Wills joint-venture employed a fleet of tipper wagons to deliver nearly 500 tons per hour to the project site. Bardon Composite Pavements was responsible for placing 95,000 cubic yards of CBGM on the 36-foot wide road and hard shoulder at a depth of 180 millimeters.

Bardon Composite Pavements acquired its Trimble systems through KOREC, the Trimble dealer for the U.K. and Ireland. “The Trimble PCS900 Paving Control System is a 3D automatic screed control system that allowed us to directly reference off the road design,” says Carl McCoiv, contract manager with Bardon Composite Pavements. “It helped us achieve a very smooth final paved surface with accurate material usage.”

Bardon uses a Trimble SPS930 Universal Total Station to guide the paver. “The Trimble SPS930 is accurate to one arc second in the vertical and horizontal angles, which made it ideal for this two-lane highway project where the accuracy tolerance was very tight,” Needham states. “By paving the base to design correctly the first time, we definitely saved on the cost of rework and additional material Conservatively, we can save up to 12-cents-per-inch per square yard and the job size is better than 437,000 square yards.”

Needham points out that the Trimble systems allowed them to pave in a stakeless environment and save about 50 worker-hours per week. He reports that there is less surveyor time since there’s no need for placing pins and tape – everything can be captured with the Trimble SPS930 running SCS900 Site Controller Software which captures and records the surface levels.

“We’re doing the as-built survey as we go,” Needham says.

“There’s no double work. The guys that are actually paving are doing the survey at the same time, and it’s all being recorded electronically.”

Needham  says time and effort was saved by setting and adjusting stringlines, “plus we weren’t allowed to put road pins in the verge side of the carriageway because of a surface water channel design that has a membrane that cannot be pierced by a road pin.

“This was about three yards wide, and had to be placed in front of the paver so the CBGM could be laid over the top and secure it in place,” Needham continues. “If we had to use traditional pins and tapes for our lever control, the offset of the tapes and the pins would’ve been more than 3 meters, and it wouldn’t have been possible to maintain accurate level control. We used the total station system to eliminate the use of pins and tapes.”

The setup phase for the project was started in the autumn of 2009 and Bardon Composite Pavements expects to have the CBGM paving completed by Mid June 2010. The company has been completing about 650 to 760 linear yards a day and anticipates being done a couple of weeks ahead of schedule.

“The feedback we’re getting from the end product is that everybody is over the moon,” Needham notes. “The rideability, consistency, and reliability has everyone happy. With the Trimble systems, we’ve eliminated the need for re-work; we’re getting it right the first time.”

About the author: Jeff Winke is a business and construction writer based in Milwaukee, Wis. He can be reached through www.jeffwinke.com. 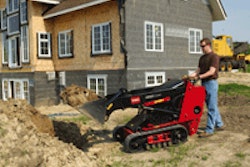 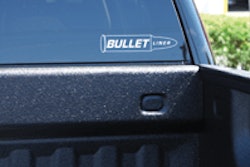 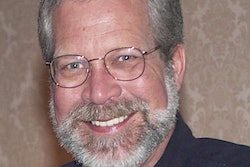