A Back Door Solution?

Politics, ah politics. You can smell it.

Members of Congress, or least the vast majority of them, won’t consider a higher fuel tax to fund a new surface transportation bill. Without it, any bill would be inadequate.

But what about after the election?

The President’s 18-member bi-partisan Deficit Commission set up in February is to deliver its recommendations by December 1, a few weeks after the polls close. We will have a new Congress and perhaps a new majority party, at least in the Senate. Some dismiss the commission with faint praise, but the word deficit might be a game changer. It will be a massive issue for Congress whoever has won.

Quite recently politicians have had Eureka! moments and discovered fuel taxes can be raised without making then look bad. You use them for deficit reduction AND roads.

It happened in 1990 and again in 1993. Under President George H. W. Bush the gas tax was upped by five cents, half of that amount going to the HTF and half to deficit reduction. President Bill Clinton raised the gas tax another 4.3 cents, all of it for deficit reduction. The deficit’s 2.5 cents from the Bush administration was legislatively re-directed to HTF in October 1995. In 1997, Congress redirected Clinton’s 4.3 cents to the HTF.

One advantage of this approach is that the user fee principle (those who use the roads pay for them with taxes used only for roads) remains enshrined. The potential loss of that link seriously worries industry groups. Another advantage is that the final formula is not set in stone, allowing a lot of horse trading and posturing. How much is raised and how it is distributed and when all or some of it reverts to the HTF is open to debate. Of course that can also lead to gridlock, and possibly, as the industry would fear, possibly too little funding in the deal for the HTF. Oh, and the deficit is being attacked.

This is still not the simplest answer. That comes from another president. Ronald Reagan initially said no to raising the fuel tax, just as Barack Obama has done. But he was convinced otherwise by the inherent common sense of the non-deficit raising ‘user pays’ model, evidence that willingness to change one’s mind in public can be a political strength. Reagan raised the gas tax – without using the deficit option – a nickel in 1983 because, “The cost to the average motorist will be small, but the benefit to our transportation system will be immense.” He meant jobs, safety, less congestion and a stronger infrastructure. In other words, déjà vu all over again.

The Reagan model is needed. Period. But, if politics is the art of the possible …v 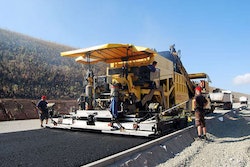 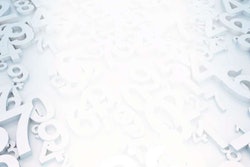