It’s no secret that proper road salt and sand storage is crucial to municipalities and businesses during the winter season, but it still remains a perennial problem.

The Township of Wayne, N.J.’s Public Works Department addressed this issue and found a way to safely and efficiently store its road salt, just in time for this past year’s severe winter weather.

“Winter weather in New Jersey can coat the roads with anything from snow to sleet and freezing rain, creating slippery conditions that require layers of road salt,” Public Works Director George Holzapfel says.

Since the state of New Jersey mandates that all road salt be kept in an enclosed area, a proper storage facility is crucial for road crews. Wayne Township’s Department of Public Works was storing its road salt on an asphalt p

ad, covered with a large tarp — a practice was not only inconvenient in severe weather, but also sometimes hazardous, Holzapel points out.

“The tarp had to be removed for access before, or sometimes during, snow or ice events, neither of which was a pleasure for the employees,” Holzapfel said. “During non-winter periods winds often blew the tarps off, which then had to be reinstalled. Handling large tarps in windy conditions had to be undertaken with extreme caution…again, a task no one liked,” he added.

Holzapfel began looking for a more efficient, yet cost-effective solution to comply with the mandate. After a bit of research, he decided on a ClearSpan Hercules Truss Arch Building. Holzapel says the quick, easy construction and low cost of the 65- by 100-foot building made it the best option.

“An overriding factor was foundation requirements,” Holzapfel said. “The site had clay layers and refuse which would have required deep spread footings or piles to support a traditional structure, substantially increasing costs. The ClearSpan system was essentially placed on an asphalt pad.”

The building’s construction took only a few weeks and meets all of the department’s needs.

“It is well received,” Holzapfel said. “Material stored is safe from the elements, and access for trucks and equipment is excellent.” The building is working so well that they have already constructed a smaller ClearSpan structure to store truck tires, and are considering another facility to increase their winter salt storage and possibly store vehicles the rest of the year.”

Article and photos were contributed by ClearSpan 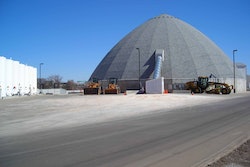 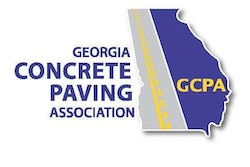 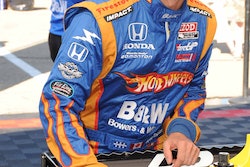