The highway investments in the stimulus law have been a bright spot for the transportation construction industry that has been hit hard hit by recession-induced cutbacks in state programs and decline in private sector work, continued uncertainty about passage of a multi-year surface transportation reauthorization bill is hindering chances for a sustained economic recovery, Kevin Gannon, vice president of Appleton, Wis.-based Northeast Asphalt, Inc., told Congress at a July 27 House Transportation & Infrastructure Committee hearing on implementation of the American Recovery & Reinvestment Act (ARRA).

Gannon, a director on the American Road & Transportation Builders Association (ARTBA) board, told the committee that recovery act-funded projects his company is working on have not wholly offset the 50 percent drop in private sector work in recent years. He said, however, that ARRA projects have allowed them to hang on to the firm’s existing workforce.

Gannon also noted that of July 16, more than 11,000 highway and bridge projects under the recovery act had moved to the construction stage and more than 3,000 were now finished, worth a total of $23 billion.

“This is $23 billion that is generating jobs in direct construction and the supply sectors and all of it is boosting the economy,” Gannon said in his testimony.

He cautioned that while the recovery act was currently supporting transportation work and jobs in 2010, its impacts will phase down quickly when those funds are no longer available in 2011.

“Frankly, the uncertain outlook about the reauthorization of the federal highway and public transportation programs is making a challenging situation worse,” Gannon said. “It is also the uncertainty and trepidation caused by how the delay is being handled — with short-term extensions and deficit spending.”

Gannon told the committee that for 50 years the federal-aid highway and transit programs have been “a model of responsible and stable financing” benefitting system users. “That dependability, which is need to plan and execute multi-year transportation improvement projects, is now threatened by a lack of political will to enhance Highway Trust Fund revenues,” he said.

He closed his testimony saying that true economic recovery for the transportation construction industry will only be realized when Congress and the Obama Administration address the nation’s infrastructure challenges head on and pass a robustly-funded highway and transit investment bill.

A copy of ARTBA’s testimony is available on the ARTBA Website (www.artba.org) in the “government affairs” section of the site. 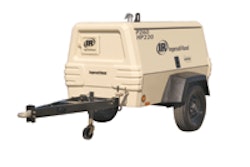 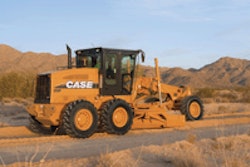 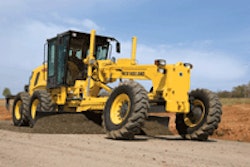