There are a more than 300 major “congestion corridors” on America’s highway system, according to a new report by the Texas Transportation Institute (TTI).

The 2011 Congested Corridors Report is the first nationwide effort to identify reliability problems at specific stretches of highway responsible for significant traffic congestion at different times and on different days. TTI researchers say they hope the findings will help planners and engineers find a way to de-congest these, and other roads.

The report describes congestion problems in 328 seriously congested corridors (to be considered a “corridor” in the report, congestion should impact a freeway segment at least three miles long over a variety of times) all day, morning and evening peaks, midday, and weekends. Not only were these roads found to have more stop-and-go traffic than others, they were also much less predictable — “so, not only does it take longer, commuters and truckers have a difficult time knowing how much longer it will take each time they make the same trip,” said co-author David Schrank.

Among the report’s key findings:

• The 328 corridors account for 8 percent of the national truck traffic and 33 percent of urban freeway truck delay. Travel time reliability is more of a problem around bridges, tunnels and toll facilities, both because there are few alternate routes available in such circumstances and because a small incident can have a huge effect on corridor travel times.

Researchers say they believe that the report can be useful in determining where transportation system improvements will have the greatest impact. The best approach, they say, is to consider all the congestion solutions:

• Demand management strategies like improving commuter information and employer- based ideas such as telecommuting and flexible work hours; and

• Denser development patterns with a mix of jobs, shops and homes so people can walk, bike or take transit to more and closer, destinations.

Oh, well, sad news but what are you going to do. It’s looking like TIGGER (Transit Investments for Greenhouse Gas and Energy Reduction) grants, which began as part of the Stimulus legislation, will be put on hold next year and their fate after that probably isn’t something to be joyously optimistic about. But TIGER (Transportation Investment Generating Economic Recovery) grants, another Stimulus creation, are still going strong and are likely to see significantly more funding next year. Woo-hoor!

It’s not television news. It’s the opening screen shot of See The Blindspots (www.Seetheblindspots.com), a pedestrian and bicyclist safety campaign developed for the Florida DOT District 7 (Tampa) that aims to cut pedestrian fatalities in the area by 20 percent. Florida leads the nation in pedestrian deaths and Tampa-St Petersburg and Orlando are the two most dangerous American cities for walkers when it comes to vehicles.

Seems the folks at FDOT Region 7 felt their apparently easy-to-ignore efforts to date had insufficient impact. This campaign is scary and can be sickening to watch. And they’re right, it’s not for kids. It has its critics. But if it works, it may help other cities bring down their pedestrian and bike fatality rates, tough love style.

The Supreme Court has declined to consider whether roadside memorial crosses to honor fallen state highway troopers violated church-state separation. The justices refused to review an appeals court ruling that 14 large cross memorials along Utah public roads, put there by the Utah Highway Patrol Association to memorialize troopers killed in the line of duty, indicated government endorsement of Christianity. The first of the crosses, which are 12-foot high with 6-foot crossbars, went up in 1998. They were paid for privately, but 11 of them were on public land. 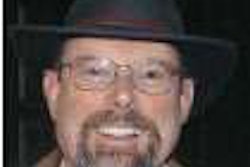