The International Erosion Control Association’s (IECA) membership voted to re-elect Philip Handley, REM, CPESC, CESSWI, to the 2012 Board of Directors.

Joining Handley to the 2012 Board of Directors is former board member and President Ron Faucher, CPESC, and new board member Gustavo Salerno, PE, CPESC.

Ron Faucher, CPESC, has been a member of IECA for more than two decades. His professional background is in watershed protection for the largest water utility in Maine and he earned his BS in Management. Faucher was one of the founding members of the Northeast Chapter of IECA and has served as Secretary for many years.

Faucher returns to the IECA Board of Directors after having served as President from 2007-2009. He currently serves on the Chapter Advisory Committee, the Membership Committee and is Chair of the Partnership Task Force.

Philip Handley, REM, CPESC, CESSWI, is a Resource Protection and Compliance Supervisor for the San Antonio Water System in San Antonio, Texas, USA. As a supervisor, his responsibility is to manage the San Antonio (seventh largest city in the U.S.) construction storm water regulatory program. Handley has been a member of IECA since 2003 and served as President of the South Central Chapter from 2007-2010. Under his leadership, the South Central Chapter received its first Rick Granard Award of Distinction in 2008. Handley currently serves as the President of the IECA Board of Directors.

Gustavo Salerno, PE, CPESC, has been the Vice President of his firm, INMAC S.A., since 1995 and is responsible for building a multi-regional company with projects in Argentina, Perú and Bolivia. Salerno has been an active IECA member since 1997 and has also served as director for the Iberoamerican Chapter of IECA.

From 1989 to 2003, Salerno was Professor of a General Hydraulics Course at the Faculty of Engineering – University of Buenos Aires. In 2006, Salerno created INMAC FOUNDATION (FI) and serves as its President. FI is a non-profit organization that produces the acclaimed CEIBE Magazine and supports other activities in the field of sediment and erosion control. Gustavo was awarded with IECA’s Industry Professional of the Year award in 2009.

The IECA Board of Directors is made up of nine members, each serving a three-year term. Board positions will be decided at the Board meeting to be held at Environmental Connection 2012 (EC12), IECA’s annual conference and expo, February 26-29, 2012, in Las Vegas.

IECA notes that it would like to thank outgoing Board of Director members Lee Johnson, CPESC, and Rick Morse, CPESC, for their years of dedication and service to the Association. Director Lee Johnson, CPESC, is a part of the Finance Committee and is the Chair of the Conference Planning Committee. As a member of the Board of Directors, Johnson has previously served as Administrative Vice President and Treasurer. Director Rick Morse, CPESC, has served on the Awards Committee, Editorial Review Board and International Development Committee. Morse also helped to pave the way for the development and approval of IECA’s regionalization plan. 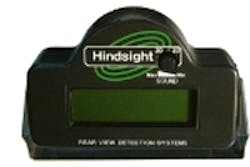 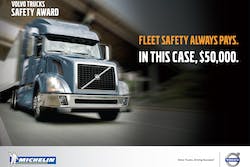 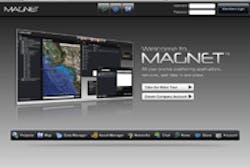 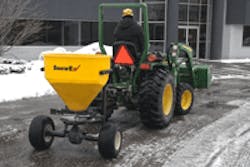