This article was contributed by Leica Geosystems

A Leica PaveSmart 3D (LMGS-S) automated machine control system is saving more than 10 percent of the time it takes to complete a concrete paving project for a Missouri paving contractor when compared to using stringline.

Ideker Inc., a St. Joseph, Missouri-based paving contractor, has invested $600,000 in various Leica Geosystems products. Specifically, the company purchased nine Leica Geosystems robotic total stations and two automated machine control systems — a PowerGrade 3D system and a PaveSmart 3D (LMGS-S) system. From robotic total stations to the latest in stringless paving technology, Ideker has taken a leadership position when it comes to the adoption of machine control technology. “Sooner or later, this is what everybody is going to be using,” says Paul Ideker, an owner of the company.

Ideker’s most recent stringless project is an 8,717-foot-long taxiway at Rosecrans Memorial Airport, which lies just outside St. Joseph, Missouri. Working under a $6.95-million contract with the city of St. Joseph, Ideker removed and replaced the entire taxiway. For the project, Ideker used both a Gomaco GHP 2800 concrete paver and a Gomaco 9500 trimmer fitted with a Leica PaveSmart 3D (LMGS-S) system. In addition, Ideker has a Caterpillar 140H motorgrader enhanced with a PowerGrade 3D system, and a Wirtgen milling machine coupled with a PaveSmart 3D machine control system as part of its fleet.

Not only does the use of stringless paving save time for contractors but it also provides increased accuracy. Based on his prior experiences with Leica Geosystems machine control on 180,000 cubic yards of concrete last year, including two Missouri highways and an airport project in Kansas City, Ideker says he has turned in some excellent profilograph numbers. With the PaveSmart 3D system, a crew can achieve concrete paving accuracy of five to eight thousandths of a foot.

“The improved accuracy helps you with all your material overruns,” says Danny Holyfield, Ideker’s project superintendent. “It saves a significant amount of material. We don’t use extra cement-treated base or extra concrete or extra anything. Our owners are on the cutting edge of technology.

“The Leica PaveSmart 3D system is very user-friendly,” Holyfield adds. “We have a paving foreman out here who has been building roads for more than 40 years, and he learned the system quickly. It’s a system for all ages.” 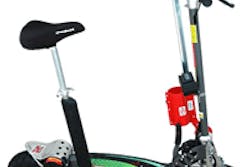 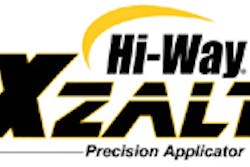 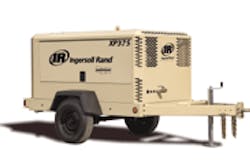 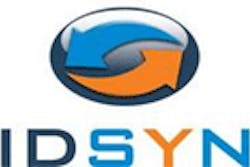