The investment will be used to fuel acquisition efforts, continued global expansion and R&D efforts focused on the company’s growing in-car services and mobile applications businesses.

Currently, more than 100 million people in more than 22 countries use INRIX-powered traffic services, according to the company.

“With over 150 industry-leading customers across 8 different distribution channels, a profitable business, and nearly 90 percent compound annual revenue growth over the past 3 years, INRIX did not need to raise capital,” said Bryan Mistele, president and CEO of INRIX. “However, given new market opportunities including the rapid adoption of our premium traffic services, increasing demand from automakers for global solutions and the explosion of LBS on mobile devices, we’re accelerating several investments designed to firmly cement our global leadership position.”

“Traffic congestion costs the U.S. economy upwards of $155 billion dollars annually. Last year alone, U.S. drivers wasted 3.9 billion gallons of fuel sitting idle in traffic, and the US is a small part of a much larger and growing global traffic problem,” said Michael Linse, partner at Kleiner, Perkins, Caufield & Byers, in a press release. “We believe that INRIX is uniquely positioned to help improve the efficiency of our cars in ways that reduce fuel consumption and improve sustainability for all.”

Highlights from INRIX’s recent momentum include the following:

Automotive: Two new automakers selected INRIX in the first half of 2011 to provide real-time traffic information and traffic-influenced routing for their connected navigation systems. Audi and Toyota are using INRIX traffic services in their vehicles starting with the new Audi A6 in Europe and Toyota Entune-equipped Prius V and Camry in North America. INRIX currently powers Ford SYNC traffic and navigation services.

Mobile: Debuting this week on BlackBerry and Windows Phone, nearly 2 million drivers use the INRIX Traffic app on iPhone and Android to save time, money and fuel on their daily commutes, Rated by comScore as one of the Top 10 most used navigation apps, INRIX also has shipped custom private label apps for Ford (SYNC Destinations), NAVIGON (traffic4all) and teamed with Pioneer to establish INRIX Traffic as one of the first apps available on their breakthrough AppRadio device.

Public Sector: INRIX has signed more than 20 new agreements during the past year with U.S. and European regional transportation agencies to use INRIX traffic information to help manage their road networks and provide travel information to the public, improve long-range planning and measure system performance. 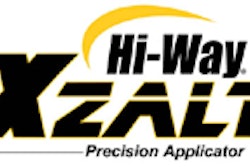 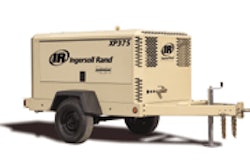 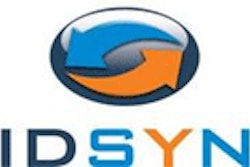