The Reasonable Voices of Business

General Motors chairman and CEO Dan Akerson caused a brief outbreak of raised eyebrows in the business community last month when he told the Detroit News that he would rather see the U.S. government raise the fuel tax 50 cents per gallon than issue another generation of corporate fuel economy standards.

Few things in today’s America are less American than advocating a tax increase of any kind for any reason, but Akerson’s sentiments were based on cold, hard fiscal realities.

Within the auto industry, domestic companies have competed at a disadvantage with Asian and European manufacturers for years because U.S. fuel prices have been so much lower than fuel costs elsewhere in the world. Our market has evolved to favor V-8 engines, big sedans and especially truck-based vehicles, while Europe and Asia gravitate to 4-cylinder engines, and compact and subcompact cars.

A high fuel tax could do a lot to stabilize demand for fuel-efficient cars in the U.S. and that would help domestic manufacturers put more resources into developing such cars which, in turn, would make domestic products more competitive on the world stage.

The other tree of benefits stemming from a huge fuel tax increase is well known in the road industry. America could address festering deficits in its road and bridge infrastructure, including the capacity problems, while generating millions of new jobs at a time when the country is desperate for employment growth.

The downside would be a dramatic decrease in non-essential driving, and a diminishing market for large vehicles. Recreational driving would come back — just count automobiles around tourist attractions on weekends in Europe, where gasoline has been over $5 a gallon for years — but demand for truck-based vehicles in metro areas probably would not.

Unfortunately, the rational pros and cons of a 50-cent fuel tax increase have never been seriously debated in America. Too many politicians are in the business of getting reelected to get entangled in the complex business of solving serious problems. From the political right or left, the temptation to take a superficial, demagogic stance is just too great. Why examine the possibilities of such a controversial suggestion when you can win votes by nobly slamming the door on the thought…for the good of the poor, or to save our flagging economy, or just because taxes are an abomination on mankind?

What is interesting — and hopeful — is that some significant voices from America’s business community are putting forth the notion that increasing the fuel tax can help us solve some short-term and long-term problems. Akerson is the latest example of that, but he has been preceded by the U.S. Chamber of Commerce, a beacon of small-government conservatism in America, and the American Trucking Associations, whose members live and die with small fluctuations in fuel prices. 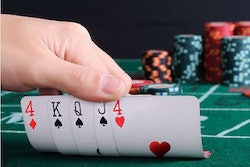 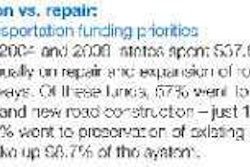 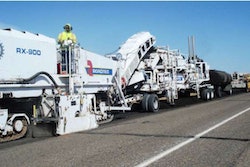