They cost how much! Are they worth it?

Checking out some British road building news and came across an interesting commentary by the architecture correspondent of The Guardian newspaper. It came packaged with an online story about two new, short, roads in Britain. The first in Scotland cost about $120,000 a yard ($210M a mile). The second is a road through a tunnel which will cost about $225,000 a yard.

More on those projects later. Here’s what caught my eye from the Guardian’s Johnathan Glancey:

The Romans saw empire as a physical construct and spent three-quarters of their GDP on infrastructure.

Wherever they set up a colony they’d build a city and connect it to the next one. This was 2,000 years ago but they thought nothing of building 50-mile aqueducts.

In the 19th Century the Victorians built colossal great sewers and truly beautiful dams and aqueducts. The cost must have been unbelievable as some of the water infrastructure was done in granite.

Today everything’s changed. Unlike Germany, Britain has decided to run its economy on shopping rather than building things.

People are blase – more excited about the latest app than some breathtaking infrastructure project. Today it’s a “so what”?

Hmmm. App poking and shopping rather than building things.Are we like the Brits? Do we ho-hum over the Hoover Dam Bypass Bridge or the Woodrow Wilson Bridge but go gaga over an App that alerts us to the newest over-the-top canned concoction at the overpriced by oh-so-cool local coffee franchise or a buy-one-get-one-free down at the Wal-Mart? I’d have to say that we do. And that in turn leads to funding problems because politicians are well aware of just how out of balance things are when it comes to asking for tax dollars for big infrastructure projects.

Back to the Brits. The projects are expensive but they are complex, difficult to build and designed to create significant changes in their environment: they are major projects. Check out this BBC report on the two new road projects. And this handy currency converter will help you do the math. Then decide. Are they worth it; or rather would such projects at such costs be worth it here in the USA? 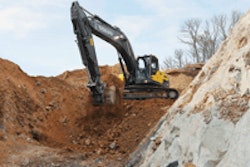 Brute force (and intelligence) from Volvo 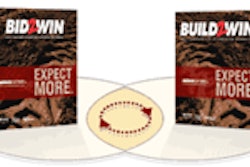 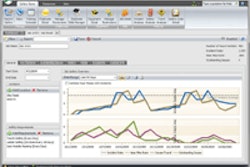