Saying that North America remains ‘a strategically important home market’, Volvo Construction Equipment  President and CEO Olof Persson introduced more than 55 new or updated products and a $100 million in a product and production expansion program at the company’s North American facilities at CONEXPO.

Persson described “substantial improvements” in the company’s fortunes,  which in 2010 saw sales increase by 51 percent, outperforming the general market, he said, which increased by 31%. This sales jump “was accompanied by high profitability, a record number of machines sold and a strengthening order book,” he said.

“We are outperforming the improving market conditions by offering a young fleet of innovative products tailored to meet the needs of specific customer groups, combined with a strong and loyal distribution network and a substantial investment program,” he said.

For road builders the company showed the new G946B motor grader, the SD116D soil compactor and the MT2000 milling machine. In the Oil and Gas sector, along with the PL3005 pipe layer, an EC480D excavator, a BL70 backhoe loader, an ECR48C excavator and a L90 wheel loader were on display. In the Quarry and Aggregate zone Volvo’s largest wheel loader, the L350, and its largest articulated hauler – the A40F – fitted with and innovative Full Suspension system were presented. 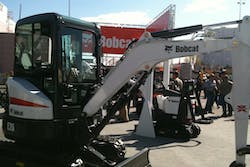 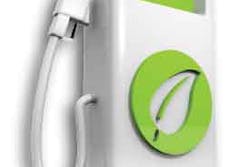 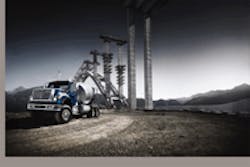 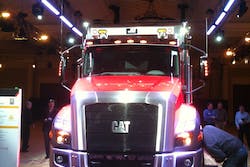