“Hello! Hello! Anybody out here?”

Before we travel too far off the proverbial beaten path, an admission is in order.

I love the Eisenhower Interstate Highway System. Like most, if not all, areas of infrastructure in this nation, the Interstate Highway System has accumulated some age-worn blemishes, sure. Regardless of the odd rough patch of pavement, though, it remains an incredibly logical, sensible, well-planned-out example of how, even up against the most daunting of challenges, a true commitment to get something done right is possible. Folks, this is not an easy country to move across. It’s big, way too heavily congested in some pockets and yet eerily barren in others, and filled with all sorts of natural, political and societal barriers.

Maybe it takes a move south from a country that still truly hasn’t figured out a viable plan for a national highway system, never mind genuinely started to actually get it done, but I am truly in awe every single time I am cruising along I-69 in Michigan, or I-5 in California, or I-20 in Georgia, and realize that, if I really wanted to, I could go keep on driving for days, heading to any corner of the Lower 48, and never have to get off the pavement in front of me. There are exceptions, of course, but the seamless movement, from one Interstate highway to another, from one direction to another, is brilliant. And, thanks to a numbering system that’s so simply perfect, you can’t truly ever get lost unless you want to. Heck, I got it figured out about 20 minutes into my first drive across the border, alone at age 19, and believe me there wasn’t much happening in this noggin back there (or now, some would suggest, but that’s for another day).

The system itself clearly works for the betterment of the nation, too, judging by a “fact” posted on the Interstate page of the Federal Highway Administration website (https://www.fhwa.dot.gov/interstate/homepage.cfm): The U.S. Interstate System itself accounts for only 1.1 percent of total public road mileage in the nation, but still carries 24 percent of all highway traffic. There’s a good reason why, tonight at a dining room table in Minnesota, a family will sit down and enjoy fresh peppers from New Mexico. Or, likewise, why your new Chevy sourced yesterday morning from a dealer in Nebraska was delivered this afternoon to your office in North Carolina.

So, where’s this all leading? Well — oddly enough, given my aforementioned affection, but in this case thankfully so — I was directed right off the Interstate System and onto perhaps the single most interesting drive I’ve ever made.

While in Las Vegas for the World of Concrete 2011 trade show, I was presented with an opportunity for a side trip to Brawley, California, about four-and-a-half hours straight south, mostly on good ol’ U.S. Route 95. The 90-minute-or-so stretch of U.S. 95 between I-40 in the north and I-10 in the south, essentially from Needles to Blythe, provided a two-lane, up-and-down, left-and-right, twist-and-turn trip back in time. I loved the fact it was a 2011 Dodge Charger I was driving, but it might have been even more appropriate if it was that 1970 Challenger that the Barry Newman character, Kowalski, drove in the classic movie “Vanishing Point.” Well, thinking back to how that movie ended, on the other hand . . .

The point is that if there truly is a place called Nowhere, I found the middle of it, thanks to U.S. 95. It was a magical day, perhaps my favorite ever behind the wheel, but it also served as a reminder why the Eisenhower Interstate Highway System is such a jewel . . . and a completely necessary one at that. 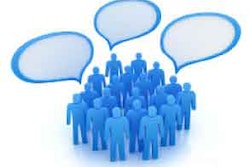 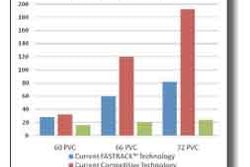 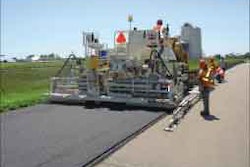