It’s probably not something I could prove, but I have always felt that the passion and enthusiasm of journalists for their work is reflected in the publication and the readership senses it. To the young, would-be journalists in my university classes I preach (a fair word, I think) that this is so, because you cannot be good in this field – and more importantly, useful – if you are not passionate about what you do. A magazine produced simply because it can be is a waste of everyone’s time.

It was 80 years ago, 1931, that Better Roads was first published. From the Great Depression to the Great Recession, this magazine has addressed American road and bridge building, repair and maintenance and associated fields. The magazine has changed by keeping up with the wants and needs of its readers, reacting not only to the obvious but to the undercurrents that have influenced the way you do, and think about, your work. The passion of its people is always there in the pages.

The magazine understood in 1931 that “the problem of financing rebuilding continues in and out of depression . . .” In January 1942, in his first editorial comment following the beginning of U.S. involvement in World War II, editor C.M. Nelson wrote: “In the new world we are getting adjusted to, many readers of this magazine must be asking themselves questions . . .” and he addressed some of them.

In August 1954 Better Roads reported that the Eisenhower administration proposed a $50 billion, 10-year program to fund highways. In March 1961, we cited President John F. Kennedy as saying that “it would be unwise at a time when our slump-ridden economy needs greater . . . not lesser construction activity . . . to postpone the completion of the Interstate system.”

In 1962 a news item reported that the Tennessee Department of Highways had a problem: fans arriving at Elvis Presley’s house were parking on shoulders, breaking them up and causing potholes. Laying gravel was no good because “girls carried off the pebbles as souvenirs.”

The magazine’s stories show a commitment to readers and an understanding of the breadth of their interests and needs. Longevity alone can be misleading. Survival is not always evidence of excellence. But as I look into the old pages I think I see why there is an 80-year history. What I want, and it seems to me what my predecessors sought, was to edit a magazine that was always anticipated and valued highly by its readers. That is how we reached this anniversary. And that’s how we’ll reach the next ones.v

See our 75th anniversary retrospective from 2006 on 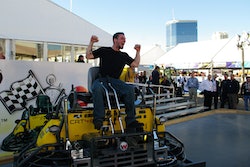 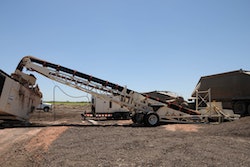 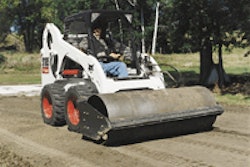