The Great Recession has caused the steepest decline in state tax receipts on record. State tax coffers (even adjusting for inflation) are now 12 percent below pre-recession levels (as of third quarter 2010). And, unfortunately for good reason, optimists are nowhere to be found. The economy may be showing signs of life but state incomes, generally, are not.

A new report by the Center on Budget and Policy Priorities (CBPP), a nonpartisan research and policy institute that digs into state and federal budgeting, makes bleak reading, but it is must reading for people trying to assess the coming year as they make plans.

States have slashed and hacked into budgets for the past two years, but they still face large budget gaps, according to the report. “At least 46 states struggled to close shortfalls when adopting budgets for the current fiscal year (FY 2011, which began July 1 in most states),” it says. More pointedly, it also says that “states will continue to struggle to find the revenue needed to support critical public services for a number of years, threatening hundreds of thousands of jobs.”

The report says that states face:

sharply constrained budgets in 2011. To balance their 2011 budgets, 46 states had to address fiscal year 2011 gaps totaling $130 billion, or 20 percent of budgets. Most did so with spending cuts and revenue increases. This total is likely to grow over the course of the fiscal year.

no diminishment in budget problems in 2012. States’ fiscal problems will continue in the current fiscal year and likely beyond. Eleven states are reporting new midyear shortfalls for fiscal year 2011. And most states anticipate significant problems next year. Already, 40 states have projected gaps that total $113 billion for the following year (fiscal year 2012). Once all states have prepared estimates, these are likely to grow to some $140 billion.

declining federal assistance. Federal aid to states provided in the February 2009 American Recovery and Reinvestment Act – and to a smaller degree in the August 2010 jobs bill – has lessened state cuts in services and tax increases. But the aid will be almost entirely gone by next year. About $60 billion remains to help with 2011 fiscal problems. By 2012, only $6 billion will remain.

While having at least 40 states looking ahead to fiscal year 2012 and anticipating shortfalls totaling $113 billion is a sobering enough prospect, what’s even more troubling is CBPP’s expectation of that number to grow. The inevitable result of such a trend is more spending and service cuts and, as CBPP points out, “budget cuts often are more severe later in a state fiscal crisis, after largely depleted reserves are no longer an option for closing deficits.”

The report is nothing if not blunt, telling us that “historical experience and current economic projections suggest that due to declining federal assistance, fiscal year 2012 will be more difficult than 2010 or 2011. In fiscal year 2011, states have mostly closed shortfalls that will total some $100 billion after taking federal aid into account. Taking all these factors into account, it is reasonable to expect that for 2012 shortfalls are likely to exceed $140 billion, with only $6 billion in federal Recovery Act dollars remaining available.”

It’s worth noting that the report refers to all Stimulus dollars, and the transportation and infrastructure sector was awarded only a small percentage of those dollars.

The report also notes that in previous economic downturns a decade ago and in early ‘90s and early ’80s, “state fiscal problems lasted for several years after the recession ended. The same will undoubtedly be the case this time, since the current recession is more severe – deeper and longer – than the last one, and state fiscal problems have proven to be worse and are likely to remain so.”

From The Bond Buyer www.bondbuyer.com

Two bipartisan groups are pressing federal lawmakers and the president to get cracking on a solution to the funding crisis troubling the nation’s transportation sector. They warned that Congress needs to find a new revenue source instead of leaning on proposals for a national infrastructure bank or increased privatization.

Members of the National Surface Transportation Infrastructure Financing (NSTIF) Commission and the National Transportation Policy Project of the Bipartisan Policy Center (BPC) issued a joint statement condemning “decades of underinvestment [that] have resulted in deterioration of the nation’s transportation system to such a degree that our safety, economic competitiveness and quality of life are all at risk.”

The 15-member NSTIF Commission was created by the 2005 multi-year law to offer recommendations for increasing transportation investment and for reducing reliance on fuel tax revenues.

Lawmakers, the Obama administration and transportation stakeholders have sparred in recent years over whether to raise the 18.4-cent-per-gallon gasoline tax to generate revenue for road projects, and whether to move the country to a system where taxes would be based on miles driven instead of gallons of fuel bought at the pump.

“America’s fiscal outlook is poor, the federal debt is consuming an increasing share of GDP, and difficult choices lie ahead,” the groups say.

The statement closely follows a recommendation by the president’s deficit reduction commission to gradually raise the federal gasoline tax by 15 cents per gallon.

The incoming House Transportation and Infrastructure Committee chairman, John Mica [R-Fla.], who was officially tapped to lead the panel, has said he opposes a fuel-tax increase.

Congress also should expand the federal credit-assistance program for transportation, raise or remove the cap on private-activity bond financing, and encourage public-private partnerships without taking over states’ and localities’ oversight of them, they say.

The bipartisan groups added that P3s are “highly useful” but “not substitutes for actual revenues.”

Similarly, various proposals from elected officials for a national infrastructure bank, corporation or fund should be approached “with due caution,” the groups say. “It cannot be viewed as a ‘silver bullet’ solution to the tremendous infrastructure investment challenge.”

The next multi-year transportation bill should jump-start a switch to mileage-based fees as well, they insist.

“As soon as technically feasible, we must begin to transition to a more direct user fee based on vehicle miles traveled,” the groups say, urging Congress to authorize research, pilot projects and planning studies for a VMT transition. v

THE STIMULUS: WHO LOBBIED FOR WHOM? 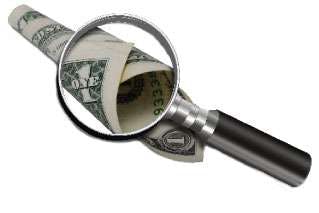 It’s a fascinating look at a few insider documents we would never normally see. If you would like to know something about which of the elected representatives of your state ensconced in Washington lobbied for funds under the Stimulus program, there’s a place you can go. The Center for Public Integrity went looking for letters written by members of Congress, and others, asking for Stimulus money for some outfits back in their home state. Some of the writers had even (gasp) publicly opposed the Stimulus. The collected evidence is called See What Stimulus Projects Members of Congress Lobbied for in Your State and you can find it at www.publicintegrity.org/project_assets/2010/10/stimulus_letters/. Click on your state and read on. 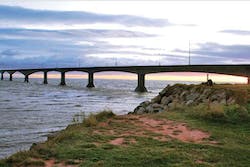 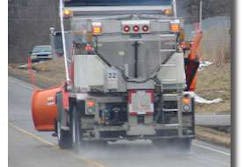 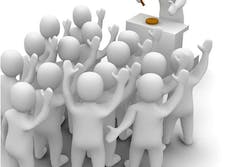 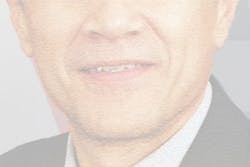